“Among carriers participating in our latest IMS study, it’s clear that although voice over LTE (VoLTE) is the largest driver for IMS, it also presents new challenges such as a limited set of compatible handsets and a weak business case. It’ll be tough to justify spending capital on a new network for just voice that represents flat-to-declining revenue, requiring providers to look well beyond running voice over IMS,” says Diane Myers, principal analyst for VoIP, UC, and IMS at Infonetics Research. 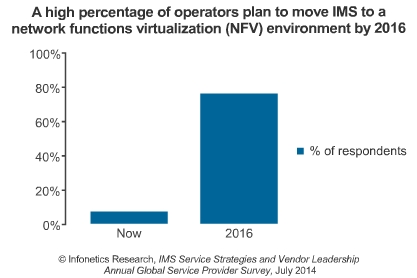 83 percent of carriers surveyed say they will deploy voice over LTE (VoLTE) by 2016, up from 3 percent today.

Fixed-line voice over IP (VoIP) service continues to represent the majority of IMS deployments, with 100 percent of survey respondents planning to have business and/or residential VoIP services running over IMS by 2016.

Discussions around virtualization and NFV (network functions virtualization) are heating up, and IMS is in the thick of things: Respondents overwhelmingly expressed a desire to run IMS networks in an NFV environment within 2 years.

If vendors aren’t actively developing products suited for an NFV environment, they will fall short in RFPs. 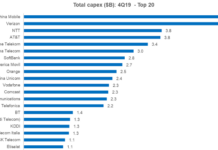