Bharti Airtel has 109.5 million mobile subscribers in rural India till May 2015, according to the latest telecom report from COAI.

The number of mobile subscribers of Vodafone in rural India is 99.52 million. 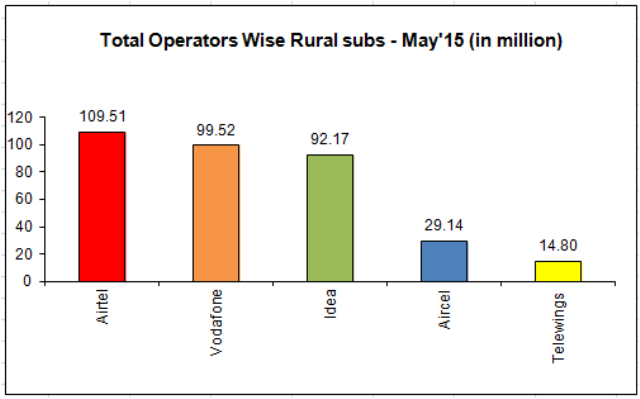 BSNL has 27.83 million mobile subscribers till April 2015, according to TRAI data.