Some of these network shutdowns have been initiated by regulators in consultation with the industry, but most have been operator-led, and have largely been due to the need to commit additional spectrum to 4G.

“Mobile operators need to consider the trade-off between closing a legacy 2G or 3G network to free up spectrum for 4G/5G and the risk of losing subscribers that are reliant on legacy networks for mobile services,” Dion Teo, principal at Analysys Mason, said in its latest research report.

There are trade-offs to be made when decommissioning legacy 2G/3G networks, and it is important for operators to quantify the benefits and the risks involved in order to make an informed decision. There are two key benefits resulting from the shutdown of legacy networks.

4G network traffic worldwide is expected to grow at a CAGR of 42 percent over the next 5 years. Operators may need to re-farm 2G and 3G spectrum to help address the increased capacity requirements for 4G sites. Increased 4G capacity will result in an improvement in customer experience, which will aid both the acquisition and retention of subscribers. This may ultimately contribute to revenue and margin growth.

Operators stand to gain Opex savings by decommissioning legacy networks. The magnitude of these Opex savings varies by operator, and depends on factors including the extent of equipment modernisation and how contracts with vendors such as network maintenance contracts and tower leases are structured.

Decommissioning 2G and 3G networks may reduce future capital expenditure, particularly if the 2G and 3G networks are reaching the end of their lives and require a Capex refresh. The incremental costs for deploying re-farmed spectrum for 4G will also need to be considered in order to derive a net benefit from the legacy network shutdown.

Decommissioning 2G/3G networks may lead to a decrease in revenue and margin due to the loss of subscribers that are solely using legacy networks. In the case of a 2G network shutdown, subscribers using 2G-only devices will lose access to mobile services.

Subscribers on 2G-capable 3G devices could fall-back onto a 2G network for voice services in the event of a 3G network shutdown, but the data experience will be severely downgraded and thus these customers might churn to a competitor that still has a 3G network unless they can be converted to 4G devices. 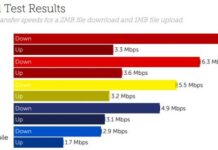 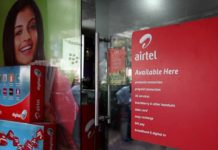 Airtel shuts down 3G network in Kolkata focusing on 4G