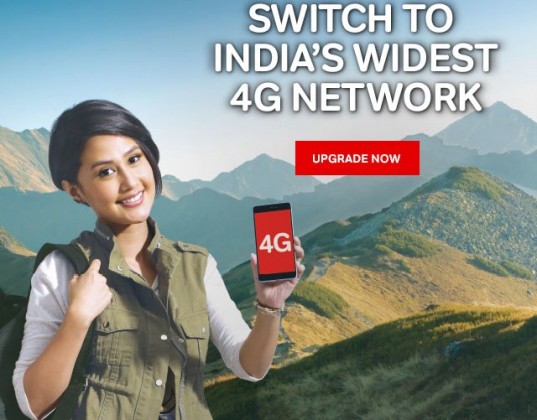 Bharti Airtel has selected Nokia to expand the deployment of 4G technology across nine circles in India.

An official statement from the leading private telco in India said, “We are pleased to continue to leverage Nokia’s leading radio access technology and services expertise to expand 4G capacity and coverage and further increase the quality of service for subscribers.”

The rising mobile data consumption in the country has created the need for 4G LTE. According to Nokia 2016 MBiT Index, the country witnessed an eight-fold increase in 4G LTE device ecosystem for 2015. This is in agreement with other findings that access to news, video content, gaming and social media accounts for 60 percent of India’s total mobile data traffic – and it is rising.

Nokia will deploy its 4G FDD-LTE & TD-LTE technology across nine of Bharti Airtel’s circles in India including the regions of Gujarat, Madhya Pradesh, Bihar, Rest of Bengal, Odisha, Mumbai, Maharashtra, Kerala and UP East, serving major cities such as Lucknow, Ahmendabad, Patna and Siliguri.

Nokia will also expand the operator’s 3G network in eight of the territories as part of this rollout and modernization of legacy 2G BTS.

Nokia will provide professional services including network integration and network planning and optimization.

Airtel has been aggressively pursuing 4G over the past few months. Also with the recent investment in spectrum, the 4G momentum is set to grow further.

The new agreement with Nokia will see it expand the deployment of 4G technology in three new circles in addition to six circles it already serves, enabling launch of new services that started in September, Nokia said.

Bharti Airtel will be able to provide improved coverage and faster mobile Internet access, while laying the foundation for the delivery of enhanced video services and other on-demand applications.

Sanjay Malik, head of India Market at Nokia, said, “We have a long history of working with Bharti Airtel and with this latest agreement we have become the largest supplier of 4G for the company. This network expansion will provide the capacity, coverage and speeds the company needs to meet the next wave of data demand in India.”