Indian telecom operator Idea Cellular is gearing up to launch 4G LTE services on 1800 MHz spectrum band in 10 circles in 2016.

The 4G launch will be in a phased manner from calendar year 2016 onwards. The strategy is to tap 2G, 3G and now 4G users to become a strong telecom operator in the evolving digital space.

Mukesh Ambani-promoted Reliance Jio Infocomm is also planning to launch its 4G broadband services in December 2015. Airtel is currently the only 4G operator in India.

Idea Cellular is also in the process of revisiting its existing Value Added Services offering and intends to introduce its own range of Digital Services across categories like entertainment, information, communication, utilities and API services etc. in next financial year. 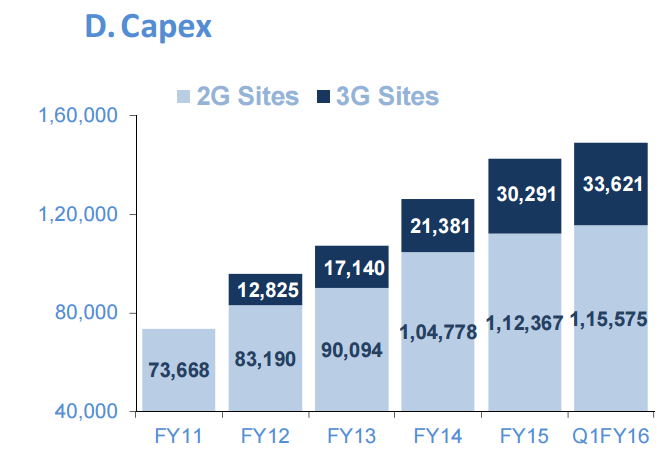 The Capex (capital spending) of Idea Cellular was Rs 13,674 million during Q1 FY 2016 – primarily for boosting voice and data business.