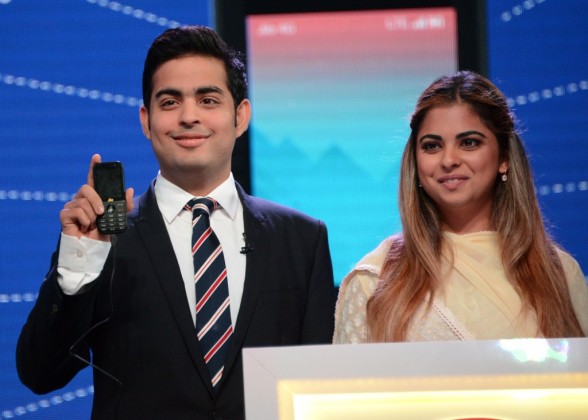 Reliance Jio, a subsidiary of Reliance Industries (RIL), is likely to gain revenue market share as the new 4G phone JioPhone allows it to attract first-time 4G users, according to Nitin Soni at Fitch Ratings.

Since Jio’s voice offering is based on VoLTE, Jio phone will enhance coverage. This will lead to high speed Jio network in remote areas, which the 2G and at best 3G network footprint of the incumbents will struggle to compete against.

Jefferies said the monthly plan compares favorably against the blended ARPU (average revenue per unit) of top three incumbents, but it does provide a cap. Pricing, which is not disruptive, will still be a stiff challenge to incumbents to protect their subscriber market share.

The company is targeting shipments of 5 million phones a week. The monthly plan for Rs 153 would offer unlimited voice/SMS and 0.5GB of data per day. There are two sachet plans for Rs 24 and Rs 54 with validity of two and seven days respectively.

While refundable, the cost of acquiring the device is not game changing when compared against existing feature phone prices. The Rs 153 per month plan too compares favourably against the Rs 142-158 ARPU across Top-3 but does create a cap.

Fitch Ratings said JioPhone handset is likely to quickly replace 2G handsets in rural areas, where smartphones had previously been out of reach for many potential customers.

The VoLTE phone will be available for a $22 deposit – which will be refundable after three years – compared with a price of at least $60 for existing 4G smartphones, according to Fitch Ratings.

Internet-adoption rate in India is among the lowest in Asia-Pacific, owing largely to low smartphone affordability and a lack of fixed-broadband networks in rural areas. Most of the 95 percent of the India’s 422 million internet subscribers were on phones as of end-March 2017, according to the Telecom Regulatory Authority of India (TRAI).

The cheap 4G handset with VoLTE capability would add 3 percent-4 percent or around $950 million to annual industry revenue if adopted by at least 100 million subscribers, which appears likely.

Industry-adjusted gross revenue is likely to increase in 2018, after the quarterly industry revenue declined by 15.6 percent y-o-y to $6.1 billion in the quarter ending March 2017. Increased data consumption and a rise in average spending per user will drive revenue growth.

The monthly tariff on Jio’s 4G phone of $2.3 is more than 50 percent above the current average revenue per rural user, most of which are on 2G phones and consume minimal data.

Jio is likely to boost its revenue market share from 3 percent – 4 percent to more than 10 percent in 2018.

“We expect most of the increase to come from new revenue generated by the expansion of the 4G market. The higher monthly tariffs that Jio is charging on this handset are likely to limit the impact on the revenue market share of incumbents such as Bharti Airtel,” Fitch Ratings said. 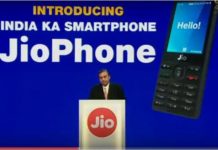 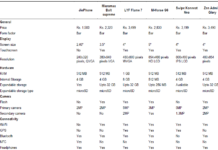 Why JioPhone may struggle to find buyers in India? 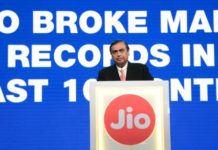