Ericsson, ZTE, Alcatel-Lucent and Huawei — which is fighting a court case with Videocon — lost in the race.

This is the second major 4G deal for Nokia Siemens Networks in India. Nokia Siemens is already working with Bharti Airtel for its TD-LTE rollouts in Maharashtra. 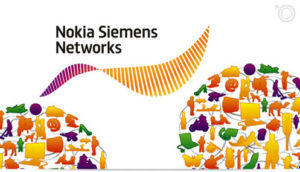 At present, Ericsson does not have any 4G deals in India since Augere, which had BWA license for Madhya Pradesh, had decided against launching 4G services due to regulatory uncertainties.

ZTE supported Airtel for its Kolkata launch, while Huawei was the 4G network provider for Bangalore.

Ericsson is likely to get a share from Airtel when it unveils services in Chandigarh or Delhi this year. Ericsson, among other vendors, is also talking with Reliance Industries for its pan-India launch. 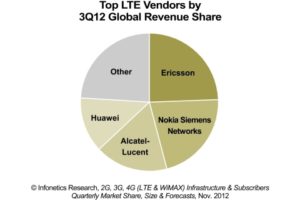 Recently, ABI Research said mobile infrastructure RAN revenues grew 17.4 percent sequentially in the fourth quarter of 2012 to reach almost $8.5 billion; 2.5 percent lower than the same quarter a year ago. For the whole year Ericsson and Huawei are closely matched in RAN market share with about 24 percent each, followed by Nokia Siemens Networks, Alcatel-Lucent, ZTE, Samsung, and NEC. 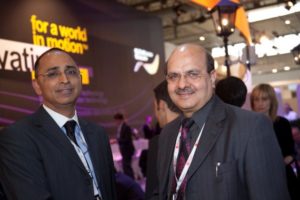 Though this spectrum is in the 1800 MHz band, used till now for 2G mobile services, Videocon wants to deploy 4G-based broadband service.

Availability of devices that support 4G data on this spectrum band will be a key issue. Videocon is planning to offer data services instead of voice as this can be done through dongles.

Indian 4G market is growing slowly as Airtel has added around 20,000 LTE subscribers.

ABI Research expects that the LTE subscription market will continue to grow rapidly in 2013 to reach 72.1 million.

“The operators in South Korea have aggressively promoted LTE since launch. For example, SK Telecom, the largest operator in terms of subscriptions, had gained 7 million LTE subscribers by the end of 2012, and aims to secure 13 million by the end of 2013, a feat that will mean 50 percent of its subscribers will be on LTE,” said Marina Lu, research associate at ABI Research.

The Asia-Pacific 4G cellular market still has considerable potential. In Q4 2012, Asia-Pacific had notched up 3.45 billion subscriptions, up 8.7 percent year-on-year, resulting in a cellular penetration of 87.5 percent.

Videocon Mobile Services has invested Rs 2,221.44 crore for buying the spectrum and looking at year-end launch. The company will look for buying extra spectrum based on acceptance of the service and market demand.