“Finally we agree with AT&T on something: Faster is better,” said John Legere, president and chief executive officer of T-Mobile. “I warned the competition this day would come, and millions of speed tests from real people using their own phones prove it: T-Mobile’s nationwide 4G LTE network is the fastest network in the nation — bar none.”

T-Mobile’s 4G LTE network already outperforms the competition, and in areas with 10+10 MHz, T-Mobile has measured download speeds of up to 72 Mbps and upload speeds of up to 27 Mbps, including New York, Chicago, Miami and San Francisco. At those speeds, customers could download a 90-minute high-definition (HD) movie in five and a half minutes or a whole music album in 13 seconds.

With the launch of T-Mobile Wideband LTE in North Dallas last November, T-Mobile beat another company milestone, delivering 20+20 MHz LTE ahead of 2014, which is capable of peak download speeds of 150 Mbps.

T-Mobile has measured download speeds of 147 Mbps and uplink speeds of up to 40 Mbps in North Dallas, meaning customers could download a 90-minute HD movie in under three minutes or a whole music album in 7 seconds. 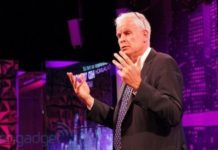