India’s proposed spectrum auction in March 2021 is expected to fetch nearly Rs 50,000 crore for the government as against Rs 3.9 lakh crore worth of spectrum available for sale. 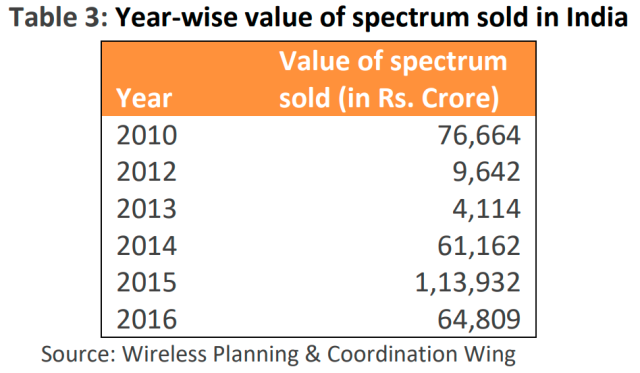 India is not selling 5G spectrum during the March 2021 auction. Most of the Indian mobile operators were against the auctioning of 5G spectrum as they are not finding a strong business case in India at present.

The spectrum auction will allow the telcos to bid for the quantum of spectrum which is required for their network expansion and for their existence. The incumbents are likely to bid for spectrum where they need renewal or their spectrum is about to expire.

This is because the incumbents have been refarming 2G and 3G spectrums to suit the needs of 4G subscribers. Also the incumbents have seen their spectrum quantum grow with merging of the telcos that exited the industry in consolidation process, Madan Sabnavis, chief economist and Bhagyashree Bhati, deputy manager – Industry Research at CARE Ratings said.

India will be offering a total of 2,251.25 MHz units for auction which will be spread across different bands. 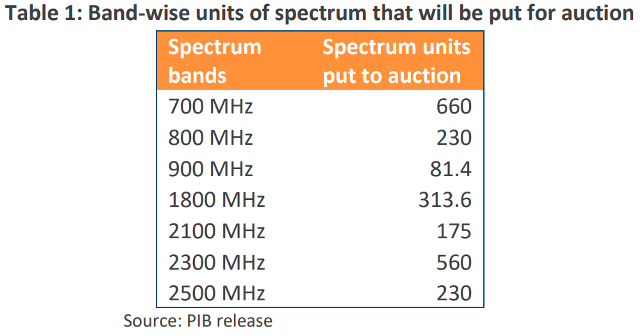 The spectrum purchase is expected to be more by the telco that has the gained the highest market share as the company will need spectrum to cater to the need of its complete 4G subscriber base that has gained momentum over the last 4 years.

For FY21, the government has estimated a revenue budget of Rs.1.3 lakh crore from other communication services that includes receipts from telcos.