As per Telenor Hungary’s plan for a digital Hungary, the first phase of the network covers 76 towns in Hungary.

Thanks to its modernization drive, blended ARPU slightly increased compared to Q4 2011.

“For the first time in a long while, this quarter we can report an increase in voice and non-voice revenues alike,” said Christopher Laska, CEO, Telenor Hungary. 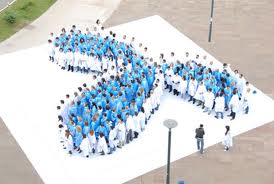 Capital expenditure shows a decrease in Q4 2012 as compared to last year, as in Q4 2011 the network modernization program required heavy investments.

Increasing revenues and market shares mark the end of the Q4 period at Telenor Hungary. The company’s subscriber base grew by 62,000 in Q4 2012, resulting in improved voice and mobile internet market shares. This growth could not offset the impact of the double extra tax levied on the telecommunications sector in Q3 and Q4 2012, resulting in lower nominal EBITDA compared to the same period in 2011.

In the first quarter of 2012, Telenor Hungary’s pretax income and ARPU per user value showed the first signs of growth following the economic crisis.