The Dutch government has raised 1.23 billion euros or $1.41 billion from its first spectrum auction for selling bandwidth for 5G mobile services.

The three companies with mobile networks in the Netherlands, KPN , VodafoneZiggo and T-Mobile, all received bandwidth at the auction, the country’s junior economic affairs minister Mona Keijzer said at a news conference in The Hague.

KPN, the former national telecoms operator in the Netherlands, said it had paid 416 million euros in the auction.

The rollout of 5G in the Netherlands has proceeded more slowly than in some neighbouring European countries. The licences awarded on Tuesday were in the 700, 1400 and 2100MHz ranges, at the lower end of the frequencies associated with 5G.

KPN in 2019 said it would select a Western supplier to build its core 5G mobile network, making it one of the first European operators to make clear it would not pick China’s Huawei for such work.

KPN, based in The Hague and the Netherlands’ largest telecom firm, said Huawei would supply 5G radio equipment, which it considers less sensitive.

Recently, the United Kingdom banned telecom operators from selecting Huawei for their 5G network due to security concerns. The United States has already decided to block Huawei from the network of mobile operators there.

The Dutch government plans a further auction in 2022 after it relocates ground satellite systems in the 5G range currently used by the country’s intelligence agencies.

Orange buys 5G spectrum in the 700 MHz auction in Spain 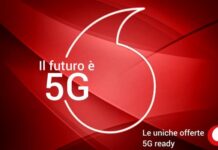