Telecom Italia, Telefonica and America Movil won most of the spectrum rights through their Brazilian subsidiaries in the final part of the auction on Friday, but local rival Algar Telecom also secured some.

Brazilian Communications Minister Fabio Faria said on Friday that the government may schedule a new 5G spectrum auction to sell batches that did not attract interest, mainly in the 26 GHZ frequency.

Faria said the government considered the auction successful, as the total value for the sold lots was around 5 billion reais above minimum prices. The country has six new telecom operators to compete with the larger companies, the minister added. 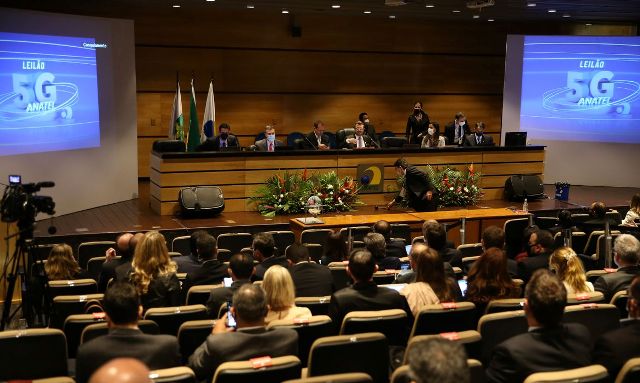 The minister and Anatel official Abraao Albino said the 26GHZ spectrum did not attract interest due to uncertainties in the business model. The government will consider a new auction to offer the unsold batches.

The $8.4 billion raised from the 5G spectrum auction was below the $8.9 billion originally predicted by the government, as not all batches were scooped up, Brasil Agency reported.

Anatel declared, considering the bandwidths acquired, that there was a premium (amount above the estimate) of $901 million—some 12 percent.

In this auction, more than 85 percent of spectrum available for sale was traded and all coverage pledges were agreed to. The remaining batches will be included in a future auction.

The terms of the 5G auction require coverage in all of Brazil’s 26 state capitals plus the Federal District by July 2022. Service should include all Brazilian cities with over 50 thousand people by 2028, while a 4G connection should encompass all of the national territory.