Deutsche Telekom today said its main focus in Germany was on the roll out of 5G network and fiber optics in 2020. 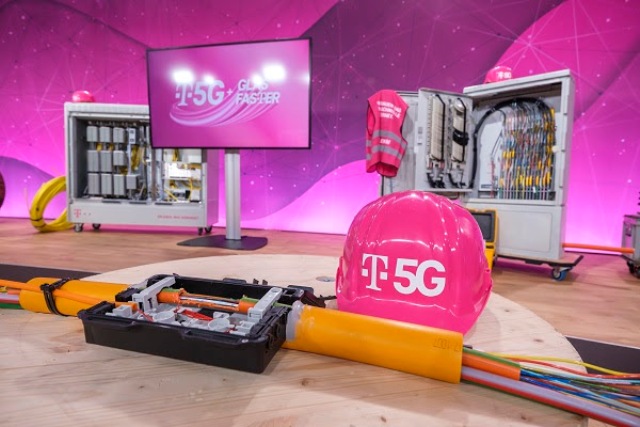 55 million people can now use 5G in Germany. Telekom’s technical teams have made around 45,000 antennas fit for 5G. The LTE network now covers 98.6 percent of the population. Telekom has installed more than 5,000 additional antennas this year.

1.6 billion gigabytes of data went through the network in 2020. Data volume via 5G is also increasing month by month.

Telekom’s fixed network has supported the increase in demand from home office and homeschooling for telephony and data. The average call volume during the lockdown phase was around 50 percent higher than normal. Data volumes in the fixed network increased by 30 to 40 percent.

Deutsche Telekom more than doubled the number of new households that can get FTTH to around 600,000. This means that a total of around two million households already have the option of booking a fiber-optic connection.

Telekom has made 45,000 antennas fit for 5G in the last twelve months. People in over 4,700 cities and towns are benefiting from this. The majority of antennas transmit on the 2.1 GHz frequency, in major cities as well as in smaller communities and rural areas, all over Germany. The high-sea island of Helgoland and the Zugspitze received 5G.

In addition, 5G is available in 26 cities on the 3.6 GHz frequency. Telekom is thus offering high-speed 5G in places where many people move in a confined space. More than 1,000 antennas are in live operation on this frequency.

More than 33 million households in Germany can now book a connection with up to 100 MBit/s. For more than four million households, Telekom was able to increase bandwidth again this year by laying fiber and upgrading the technology.

Telekom said around 600,000 more households can use fiber-optic connections (FTTH). That is more than twice as many as in the previous year (270,000). Around two million more are to be added annually on average from 2021. Deutsche Telekom has already laid a total of 575,000 kilometers of optical fiber in Germany.