British telecom regulator Ofcom announced the result of the principal stage of its spectrum auction to release airwaves for 4G mobile and 5G services in UK.

Ofcom said the total value of the principal stage is £1,355,744,000 during the spectrum auction that started this month. 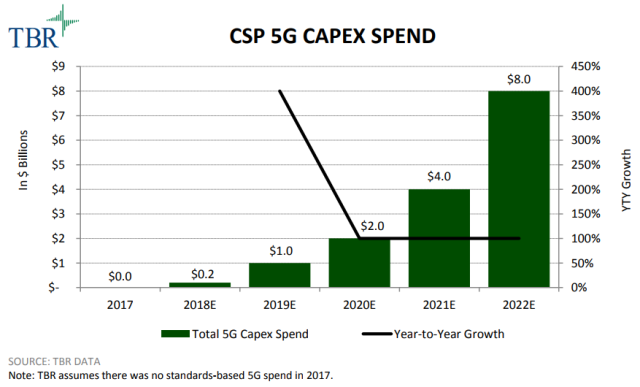 The above chart prepared by Technology Business Review (TBR), an analyst firm, indicates about the 5G capex (capital expenditure) by leading telecom operators.

Ofcom is conducting a spectrum auction to sell 2.3 GHz to improve 4G capacity for mobile users and 3.4 GHz for 5G.

Who won?
# Airspan Spectrum has not won spectrum in either band

Ofcom will move to the assignment stage, which is the last bidding stage of the auction. This allows companies who have won spectrum in the principal stage to bid to determine where in the frequency bands their new spectrum will be located.

Ofcom will issue the winning bidders with licences to use the relevant spectrum within a few days, allowing them to begin putting it to use.

Vodafone will use 3400 MHz spectrum to set up 5G network, enabling Gigabit speeds and lower latency to enhance applications including connected vehicles and robotics, industrial automated systems, and virtual and augmented reality in UK.

How mobile and broadband providers performed in UK 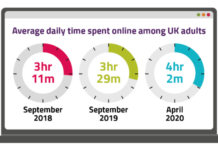