T-Mobile today announced it is the first in the world to launch a commercial nationwide standalone architecture (SA) 5G network. 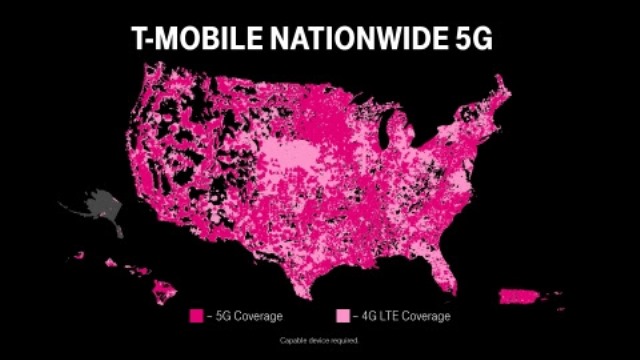 T-Mobile partnered with US-based Cisco and Finland-based Nokia to build its 5G core, and Sweden-based Ericsson and Nokia for 5G radio infrastructure.

T-Mobile, majority owned by Deutsche Telekom from Germany, did not work with Huawei and ZTE as the United States does not want to work with China-based network suppliers.

OnePlus, Qualcomm Technologies and Samsung have helped T-Mobile to ensure existing smartphones can access SA 5G with a software update.

The third largest telecom carrier behind AT&T and Verizon has immediately increased its 5G footprint by 30 percent — now covering 1.3 million square miles in more than 7,500 cities and towns across the country.

SA allows T-Mobile to use its entire 600 MHz footprint for 5G. Non-standalone network architecture (NSA) did not ensure better customer experience. T-Mobile, which started attracting several 5G customers, never revealed the number of its 5G customers to its network.

T-Mobile used drones to light up the sky over Lisbon, ND, letting people in the small town know “5G is here”. T-Mobile plans similar celebrations in the future.

“Since Sprint became part of T-Mobile, we’ve been combining networks for a supercharged Un-carrier while expanding our nationwide 5G footprint, and today we take a massive step into the future with standalone 5G architecture,” said Neville Ray, president of Technology at T-Mobile.

T-Mobile engineers have seen up to a 40 percent improvement in latency during testing in SA areas. T-Mobile did not reveal its testing partners.