I am suggesting that the Department of Telecommunications (DoT) should not formulate a customized policy for Vodafone.

Vodafone’s main concern is that if the new Unified License policy is finalized this month, its 5 percent stake in Bharti Airtel, its rival, will be affected.

As per the new guideline, Vodafone cannot hold any stake in its rival Airtel. Earlier, up to 10 percent cross holding was allowed.

Though 5 percent stake is not enough to control Airtel’s activities, Vodafone has benefited from Airtel’s activities and pricing policies. For instance, both the companies follow almost similar telecom tariffs in India, lessening the pressure on revenue streams.

Vodafone’s 5 percent stake in Bharti Airtel will be beneficial as a when the company goes for a public issue. Since Sunil Mittal-promoted Bharti Airtel is the #1 telecom operator in India, its valuation and growth will positively / negatively impact Vodafone’s valuation in India. 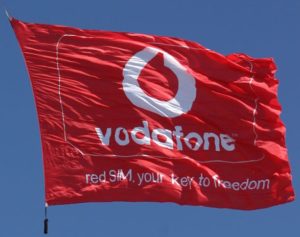 Also, if Vodafone goes for more acquisition in India and the target is Airtel, Vodafone will be in a better position to buy or merge with Airtel.

DoT should not address customized demands of telecom operators in India. Vodafone India should sell its minority, non-voting, indirect cross-holding in Bharti Airtel.

As foreign companies can have 100 percent equity stake in Indian telecom service providers, there will be more demand for Vodafone’s stake in Airtel.

This is the best time for Vodafone plc of the U.K. to consider consolidation in India.