AT&T has agreed to sell about a third of its stake in DirecTV to buyout firm TPG Capital in a deal that values the business at $16.25 billion, well below the $49 billion it paid for the satellite TV unit less than six years ago.

The newly created New DirecTV, which includes DirecTV, AT&T TV and U-verse video services has $6 billion in debt and will be jointly run by AT&T and TPG following the transaction.

Over the years, the satellite TV unit of AT&T has lost subscribers to online streaming options like Netflix and Amazon.com’s Prime Video. DirecTV and Dish are the two main satellite TV providers in the United States.

The spinoff will help AT&T consolidate its balance sheet while it continues to invest in core areas including building out 5G, fiber and streaming service HBOMax.

“We certainly didn’t expect this outcome when we closed the DirecTV transaction in 2015, but it’s the right decision to move the business forward consistent with the current realities of the market and our strategy,” AT&T CEO John Stankey said on a call with analysts.

Since becoming CEO last July, Stankey has been reviewing the telecom conglomerate’s assets as it tries to cut a debt pile of $147.5 billion. In December, AT&T has sold animation streaming service Crunchyroll to Sony in a $1.18 billion deal.

DirecTV has about 17 million subscribers and lost 617,000 subscribers in the latest quarter. TPG, which will own 30 percent of the asset, believes it can leverage its expertise to slow down the cord-cutting trend by investing in customer experience and providing premium video content.

In the fourth quarter, AT&T wrote down its premium TV business, which includes DirecTV, by $15.5 billion.

AT&T said this agreement aligns with its investment and operational focus on connectivity and content, and the strategic businesses that are key to growing customer relationships across 5G wireless, fiber and HBO Max.

AT&T was under pressure to sell DirectTV business from some investors.

AT&T expects to receive from New DIRECTV $7.8 billion ($7.6 billion in cash and the assumption from AT&T of $200 million of existing DIRECTV debt). AT&T expects to use the proceeds from this transaction to reduce AT&T debt.

Since AT&T closed the DIRECTV acquisition in 2015, the business has generated cash flows of more than $4 billion per year, and the company expects this to continue in 2021.

In 2020, AT&T’s video services advanced from #3 to #1 in J.D. Power’s 2020 Residential Television Customer Satisfaction Study. This was driven in part by solid performance from AT&T TV — the company’s streaming pay-TV platform which launched in early 2020.

GlobalData forecasts the number of US pay-TV accounts – including cable, satellite, and IPTV – to slide by an additional 7.6 percent this year, dropping to 68.58 million pay-TV accounts from an estimated 74.22 million at the end of 2020.

“As a standalone entity, the new DIRECTV will be nimbler and better positioned to weather the ongoing pay-TV storms,” Tammy Parker, senior analyst at GlobalData, said.

AT&T has promised that current AT&T video subscribers will see few immediate changes once the deal closes, besides noticing a change in the name of their video provider from AT&T to DIRECTV.

The plan to erase AT&T’s name punctuates the changes in telecom’s video ambitions.

“AT&T is belatedly backing away from the linear TV business that it once hoped to dominate by creating triple-play bundles combining nationwide pay-TV with broadband and mobile services, leveraging expected economies of scale, and wielding clout with content providers,” Tammy Parker said. 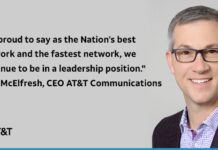