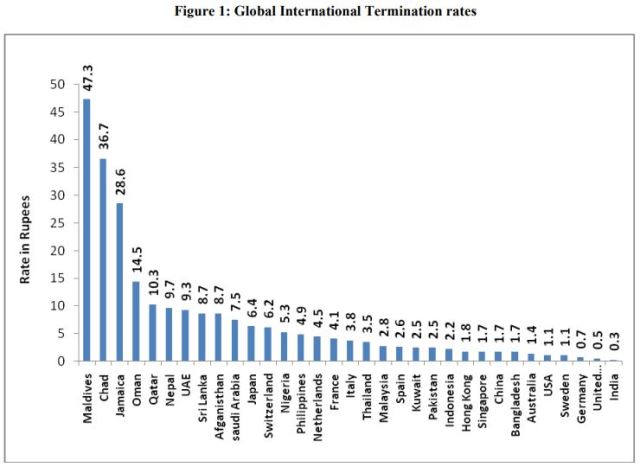 TRAI said the move is to ensure a level-playing field between standalone and integrated International Long Distance Operators (ILDOs). The regulator has mandated operators to offer non-discriminatory rates for such termination charges to everyone.

ITC is a charge payable by an Indian ILDO that carries the call from outside the country to an operator in the country on whose network the call terminates.

Telecom industry body COAI said this would not result in any significant increase in revenue for telecom operators, though it would help the financially stressed operators gain some revenue.

“This will help normalise ITC to international rates and bring in a level playing field, but the impact on the industry will depend on how much each operator will increase the rates. From what I understand, ITC is only about 1 percent of an operator’s total revenue, it wouldn’t make much of a difference,” Cellular Operators’ Association of India Director-General Rajan S Mathews said. 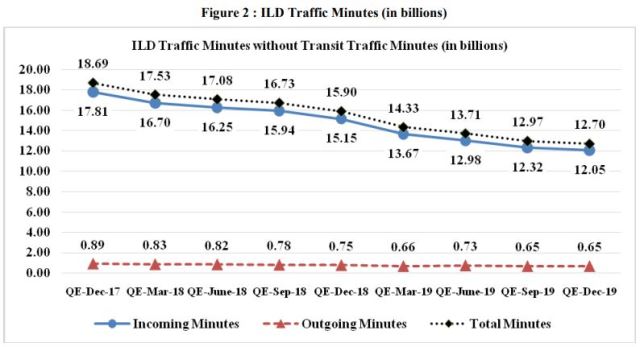 Some stakeholders argued that ITC rate in India at Re 0.30 per minute is the lowest in the world.

As per these stakeholders, only few countries have comparable ITC rates, though still much higher than India. These stakeholders have supported their arguments with the following global trend of International termination charge rates.

Thus, as per these stakeholders, on an average, Indian operators pay Rs 3 to Rs 3.5 per minute to the foreign access providers (FAPs) for termination of calls originating from India and TRAI’s fixation of ITC for Indian access providers at Re 0.30 per minute is less than 10 percent of the world’s average.

Some stakeholders argued that ITC rate, lower than the world average, causes lower revenues for the Indian access providers in comparison to their foreign counterparts. One TSP said that in FY 2016-2017, with ITC at Re 0.53 per minute, the net forex gains to the country was to the tune of Rs 3,675 crore considering receivable from foreign operators on account of ITC and payable to the foreign operators for outgoing international calls.

According to this TSP, in FY 2018-2019, the net forex gains to the country has reduced to Rs 950 crore, causing an overall reduction in forex gains by approximately 75 percent. These stakeholders said reduction in ITC rate has resulted in a significant loss to the Government and the nation in terms of forex.