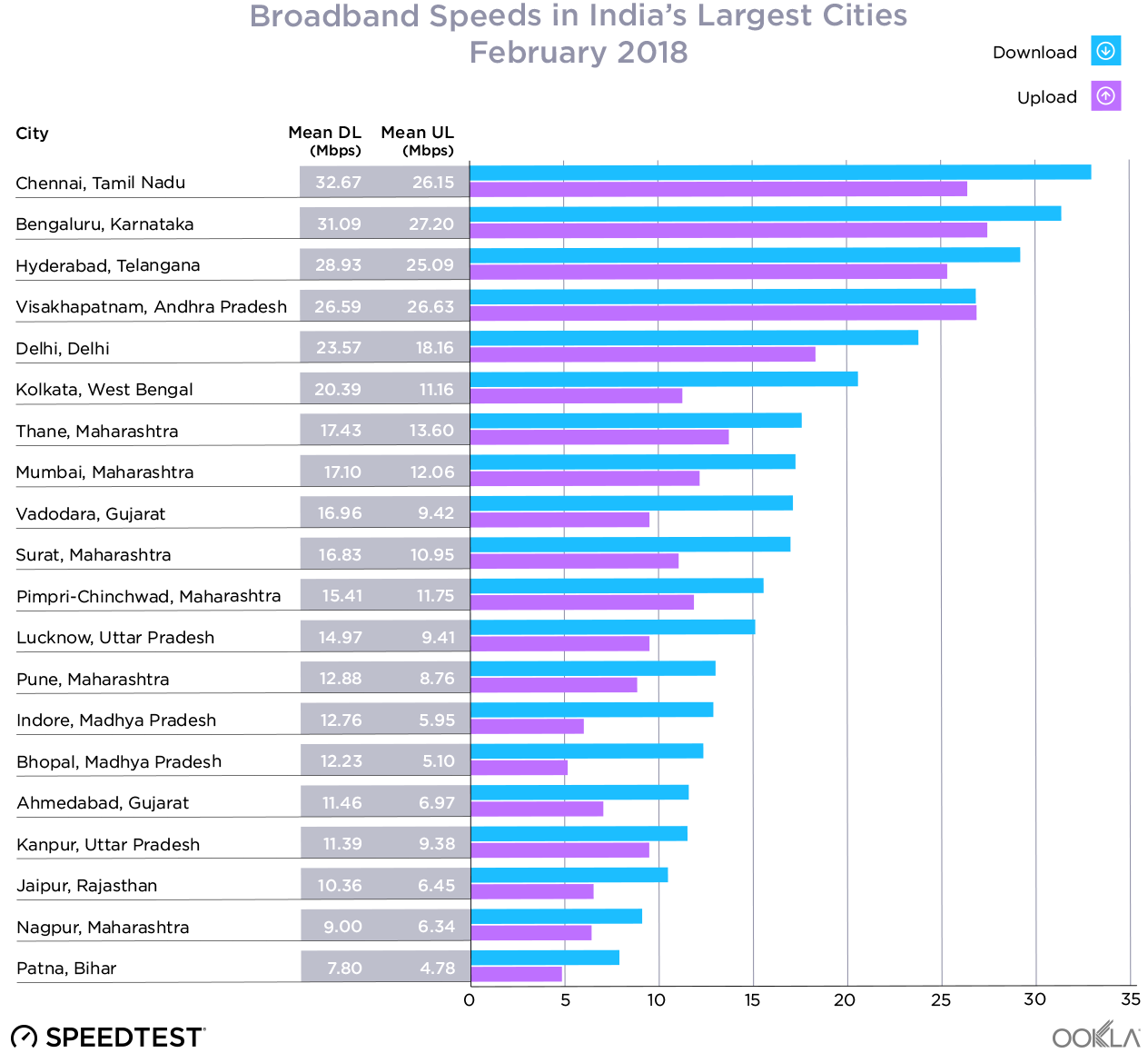 Ookla has revealed the top Indian cities with the fastest fixed broadband services to their residents.

The report did not reveal the name of telecom operators who are offering the high speed broadband services. BSNL, Bharti Airtel, Atria and Spectra are some of the broadband operators in India.

Customers in Chennai, Delhi, Bengaluru, Hyderabad and Visakhapatnam are getting the fastest fixed broadband speeds — higher than the country’s average of 20.72 Mbps.

Chennai’s download speed of over 32.67 Mbps for fixed broadband is 57.7 percent faster than the rest of the country’s average.

India ranked 67th in terms of download speed over fixed broadband with an average speed of 20.72 Mbps in February 2018 against the 65th position in January.

Patna is the slowest city compared to the rest of India, with speeds averaging 62.4 percent slower than the country’s average.

Broadband download speeds in Kanpur, Lucknow, Pune and Nagpur are significantly lower than that of their respective states.