“We will bring a working Matrixstream IPTV solutions to service providers in India where others have failed before us. We have prospects that were currently working with in India,” said Robert Liu, COO of MatrixStream. 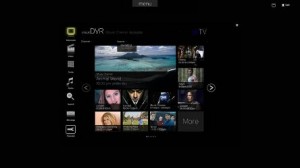 MatrixStream is currently working with a tier-1 MVPD (Multichannel Video Programming Distributor) to deploy  the MatrixCloud IPTV solution with a projected launch date of Q1 2013 in selected cities in North America.

MatrixCloud claims that it also gives IPTV providers the ability to offer both DVR and user-initiated DVR functions.  With flexibility to deploy either or  both features, viewers can watch their video content anywhere, at any time, and on any streaming-capable  device.

The MatrixCloud IPTV solution solves this problem by allowing service providers to restrict content programming by city, allowing customers to watch programming on any broadband connection.  With this geo-blocking feature, service providers can obtain hard-to-get must-have channels such as sports and other premium programming not normally available over the Internet.

MatrixCloud’s DVR feature allows IPTV providers to record all live TV shows for the last 30 days and make them available to viewers as VOD content.  Viewers will always have access to any show broadcasted within the last 30 days on any device.  In addition, MatrixCloud supports a user-initiated cloud DVR feature that allows viewers to record directly to the cloud.  This allows viewers the ability to store selected shows long term on their own cloud storage space.  Both of these features can be offered as add on paid service or part of the bundled TV services.