As mobile network operators implement small cell outdoor networks, several success factors emerge as critical for a successful deployment. “We see multiple solutions for backhaul, power, permitting, and siting employed by the operator community throughout the rest of 2014 and which will increase small cell momentum in 2015,” said Nick Marshall, principal analyst at ABI Research.

In 2014, 4G small cells are the fastest growing small cell type in the market driven by venue and dense urban deployments.

The Asia-Pacific region, given its large size and 4G deployments in South Korea and Japan and the start of commercial TD-LTE operations in China and India will grow to represent over 50 percent of the worldwide small cell equipment market by 2019. 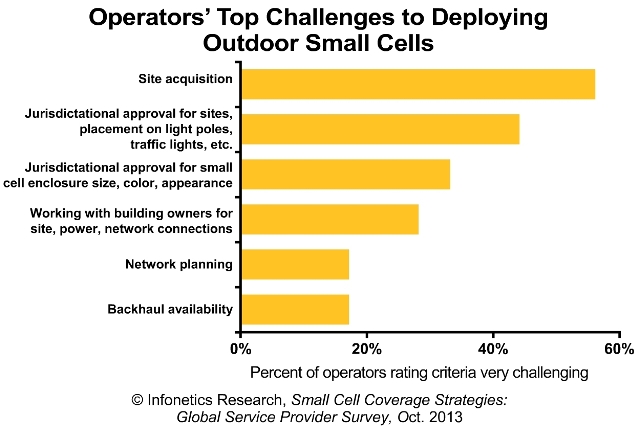 According to the chart mentioned above, site acquisition is the top challenge for telecoms, said Infonetics Research. Network planning and backhaul availability are relatively smaller issues.

At the Mobile World Congress, enterprise networking vendor Cisco updated its small cell portfolio for 4G LTE. Cisco will be adding LTE to three different small cell classes, the 7000 for large venues, 5000 for enterprise, and 3000 for the home.

Daryl Schoolar, principal analyst, Ovum, said: “Cisco strategy remains the same, focusing on indoor deployments. Ovum believes this makes sense, as the indoor space appears to be a larger opportunity, at least in terms of shipments, than the outdoor space. Cisco’s lack of a macro cell isn’t as much of a drawback indoor as it would be if the vendor were to focus on outdoor metro deployments.”

Ovum said the biggest surprise in the announcement was support for LTE femtocell – the USC 3331. Cisco has had prior femtocelll success in the past with AT&T, but has done little with femtos outside of that operator. This announcement signals Cisco believes the residential femto market opportunity is again an area worth investment. 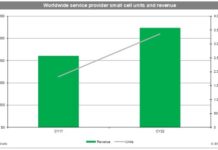 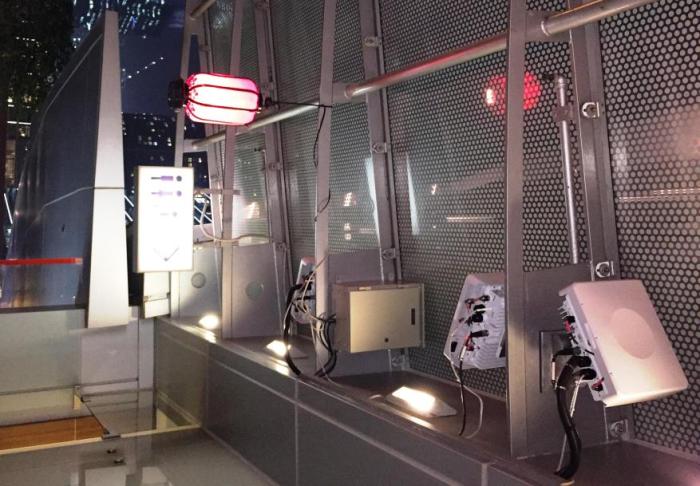 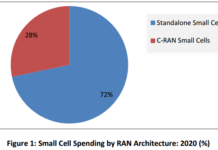