For instance, Deutsche Telekom has partnered with Mozilla as well as promoted start ups through the new innovation hub in Krakow, which is Deutsche Telekom’s second hub:raum incubator.

Deutsche Telekom aims to internationalize of its technology strategy and innovations by handing over responsibility for key initiatives to its national companies.

“We’re going to use the full range of opportunities to build on our position as the leading company for technology in Europe,” said Claudia Nemat, Deutsche Telekom’s Board Member for Europe and Technology.

Deutsche Telekom invested a total of around 1 billion euros (Cash Capex) in Europe in the first nine months of 2012.

The aim is to consistently leverage successful technology and innovation from Deutsche Telekom’s individual markets for the benefit of the entire Group. 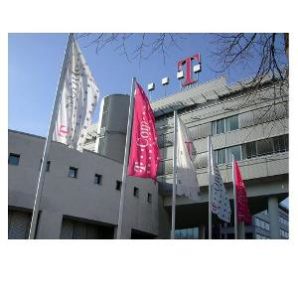 Projects like mobile payment in Poland, test of advanced LTE in Austria and modern IP networks in Croatia and Macedonia can become success factors for the entire Deutsche Telekom Group.

Its partnership with Mozilla for the new Firefox OS operating system is a key topic at the Mobile World Congress in Barcelona.

Thomas Kiessling, Deutsche Telekom’s Chief Product and Innovation Officer, said: “Firefox OS is an important step towards increased competition among ecosystems. We want to create freedom of choice for our customers.”

Deutsche Telekom is becoming the first mobile communications provider in Europe to launch a smartphone with the new Mozilla operating system. Sales of the Alcatel ONE TOUCH FIRE begin in Poland in the summer.

Deutsche Telekom aims at becoming leading provider of end-to-end solutions in the machine-to-machine (M2M) area with its new partners IBM and SAP.

Recently, Steve Hilton, principal analyst at Analysys Mason – which surveyed CSPs on all relevant aspects of M2M — said: “The M2M ‘industry icons’, such as AT&T, Deutsche Telekom, Orange, Telefónica and Vodafone, dominate the market with the largest M2M businesses in terms of the number of enterprise device connections. They have shown themselves capable of co-ordinating large organisations, networks, partnerships, strategy and R&D to work towards success.”

Deutsche Telekom is launching an innovation hub in Krakow, Poland, to drive partnerships with startups.

There are plans for startup funds of up to 30,000 euros for six months.