Ericsson’s IMS will enable KDDI to deliver latest telecommunication services for its over 35 million subscribers.

At the Mobile World Congress — Ericsson said that the deployment of IMS is scheduled to commence after the second half of 2013.

Ericsson’s IMS will also pave the way for KDDI to launch additional services such as Rich Communications Suite (RCS), HD voice over LTE (VoLTE) and video calling over LTE.

The company implemented its medium to long term strategies – the 3M Strategy and the Global Strategy – targeting the realization of the three commitments: “More Connected” “More Diverse Values” “More
Global.” 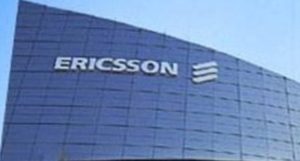 Yoshiharu Shimatani, senior vice president, KDDI, said: “Introducing IMS will enable us to make the most of KDDI’s past investment and launch additional rich services in future.”

Ericsson will provide KDDI with a complete solution including IMS and system integration.

Mobile unit au added 1.71 million subscribers for the first nine months of its financial year, up from 1.3 million a year earlier. The company ended the quarter with 38.8 million mobile subs. au’s ARPU for the third quarter fell 6.5 percent to 4,220 yen.