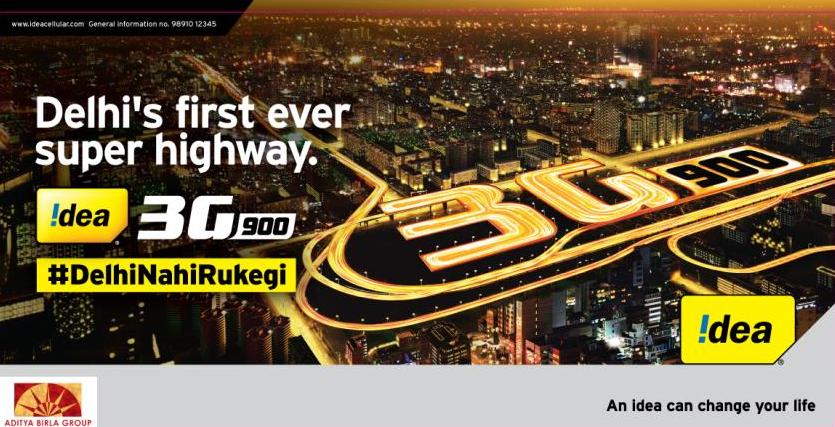 As part of the 3G launch, Idea Cellular has made substantial investments in 2,500 3G cell sites and 5,000 modernized 2G cell sites in Delhi NCR.

The Aditya Birla group company is rolling out 3G network on the most efficient 900 MHz spectrum band.

Over the last one year, the 3G data subscriber base for the company has grown by 86 percent with the addition of 9.1 million new 3G data customers.

Ambrish Jain, deputy managing director, Idea Cellular, said: “Over the last two years, Idea Cellular has invested in acquiring spectrum in the 900 MHz band and setting up a future-ready, modernized network to cater to the growing demand of mobile users in the region.”

Idea Cellular CMO Sashi Shankar is spearheading a marketing campaign to promote its 3G services in the Delhi metro which is experiencing significant call drops. But a press statement from Idea Cellular is silent about the 3G speed and coverage.

Idea Cellular has over 6 million subscribers in Delhi with approximately 30 percent being data users. The telecom network operator is also in the process of expanding its network of service centers in the Delhi NCR region.

With the launch in Delhi and the proposed launch in Kolkata metro, Idea Cellular will have its own 3G network in 13 telecom circles which contribute to nearly 80 percent of the company’s revenue and 60 percent of industry revenue.