For the first time in the last three years, Intel dropped out of the top-three baseband revenue share rankings as its 2G and 3G baseband shipments declined sharply in Q1 2014.

Sravan Kundojjala, senior analyst at Strategy Analytics, said: “Intel is making progress in LTE basebands and the company’s Cat 6 LTE baseband XMM 7260 has the potential to win some high profile sockets in the second half of 2014.”

Qualcomm is leading the Q1 2014 baseband processor market with 66 percent revenue share, followed by MediaTek with 15 percent and Spreadtrum with 5 percent.

Qualcomm grabbed two-thirds of revenue share in the baseband market in Q1 2014, thanks to its diverse customer base and strong LTE product portfolio.

Qualcomm has opportunities in terms of its LTE product-mix as less than 50 percent of baseband shipments were LTE basebands in Q1 2014.

MediaTek is establishing itself as a strong number two to Qualcomm in the baseband market. However, the company currently draws most of its growth from 2G and 3G markets only.

In Q1 2014, MediaTek had no share in LTE basebands. The company needs to ramp up its LTE efforts with its upcoming LTE slim modems and applications processors to continue its growth trajectory. 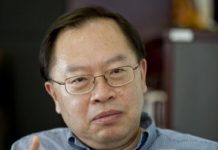 Spreadtrum opens Center for Innovation in Engineering in Shenzhen