Apple has achieved its best-ever performance in India due to a cheaper iPhone 11, and the innovation around its dual and triple cameras. 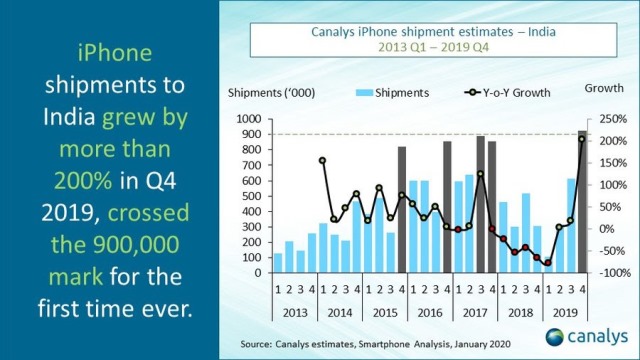 Apple shipped close to 925 thousand iPhones in Q4 2019, growing by over 200 percent annually. Its previous best performance was in Q3 2017 when it shipped 890 thousand iPhones to India, Canalys said.

Apple’s partnership with HDFC Bank made iPhones more affordable. The new iPhones have appealed not just to current iPhone users looking to upgrade, but also to value-conscious premium phone purchasers that are now presented with a formidable price-alternative to the Samsung or OnePlus flagships.

“These new models are by far the best iPhones we’ve ever shipped with advance technologies and unprecedented leap in battery life to easily get through the day and our best-in-class camera experience. We have been wild with the photos customers have shared in our all-new Night Mode photo challenge this month,” Tim Cook said.

Xiaomi led the market in Q4, with shipments rising 13 percent to 11.2 million units. Xiaomi shipped 42.9 million units for the full year, against 41 million in 2018.

Samsung held second place, but declined 7 percent to 8.1 million smartphones, and ended the year at 32.3 million units, versus 35.4 million in 2018.

Canalys expects the Indian smartphone market to grow by 8 percent in 2020 to over 160 million units.

India’s cash-starved telcos will need a reprieve, either in the form of waivers or increased tariffs, without which telco investments into 5G will likely slow down, making it difficult for vendors to build a case for 5G smartphones. 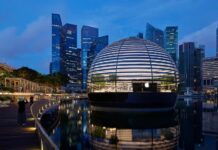