In September 2018, Apple planned to launch the iPhone SE, which was also called the iPhone 9 at the time due to its similarity with the iPhone 8. 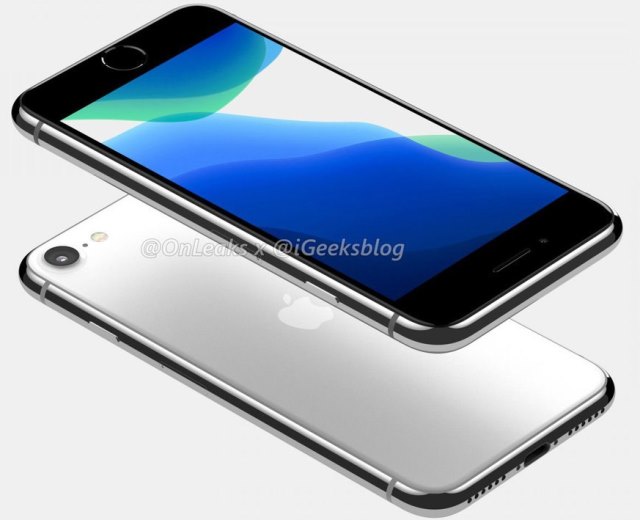 It was small, affordable, and still had a home button that clicked. But much to customers’ disappointment, the model soon became phased out. Tech reviewers from Business Insider even go as far as to say that “Apple made a mistake by killing the iPhone SE.” After all, it was one option for people who actually liked the original design. Plus, it was a lot more budget-friendly compared to other models.
Fortunately, Apple listened to its consumers and is officially bringing back the “old” iPhone model with the iPhone SE2. Here’s what you need to know about it.

The successor to iPhone 8

If there’s anything we’re sure of despite the rumors, it’s that this is definitely the iPhone 9 we’ve been waiting for—from its sleek design to its specs. It’s smaller than the iPhone X and 11 with its 4.7-inch screen, 326ppi retina display, and 750 x 1334 resolution. It’ll even only come out with just one 12mp camera—nice and simple, like the iPhone 8’s.

Therefore, much like the iPhone 8, it’ll also be priced accordingly. After all, with a smaller screen and less cameras, Apple has no reason to slap a hefty price tag on it. The iPhone SE2 is expected to be sold at around $499 USD (for 64GB), making it the perfect option for those looking for a mid-range iPhone.

Perhaps one of the most notable upgrades of the new iPhone SE2 is in its privacy and security. The iPhone SE2 is purposefully designed to combat digital threats in three ways: the return of the Touch ID, its latest iOS, and Fast Identity Online (FIDO)-compliant security keys.

With the return of the home button also comes Touch ID. Of course, that’s not to say that the iPhone SE2 won’t have the current Face ID authentication. It will still come with the feature, but the Touch ID provides an extra option for security.

Being the most recent operating system, the iOS 13 is already more secure by default, boasting higher security and more privacy controls. For instance, you can limit the data that apps like Facebook can collect. Additionally, it’s also very likely for Apple to launch a major update to the iOS 13—the iOS 13.4—during the launch of the iPhone SE2. According to a report on Forbes, this update could potentially let you use your iPhone as a physical key, so long as the locks are run by smart technology.

Apple recently joined the FIDO Alliance—an organization that’s dedicated to the improvement of authentication technology. So expect the iPhone SE2 to provide the option of using security keys to sign into apps and websites such as Facebook and Google. This means that you’ll only need to type in your credentials once, and your future logins will be authenticated by biometrics. The less times you input your password, the less chance there is of it getting stolen.

While it’s admirable that companies like Apple are making significant strides to improve their security features, it’s important for us consumers to be careful with mobile security too. An article on Innovator warns that cybercrime has gone mobile, with nearly 400 vulnerabilities detected by experts on iOS recently. The level of threat is only going to get worse in the future with HP’s Tulie Finley-Moise detailing how one in four people will experience a data breach. You can improve your iPhone security through browsing with a virtual private network (VPN), locking your apps, and only using encrypted messaging apps.

Though Apple hasn’t confirmed this themselves, rumours suggest that they will be holding an event on March 31 to reveal the iPhone SE2. On the other hand, perhaps the reason why Apple hasn’t announced anything yet is because of how they’ve been significantly affected by the Corona virus, as their most of their factories are located in China. Still, we’re hopeful for more news updates in the coming weeks.