Huawei is the number one Chinese phone brand in India. Recently, Lenovo signed a deal with Reliance Communications to sell joint branded phones.

At present, Gionee sells over 23 million handsets per year in China mainland.

It claims that it has been ranked # 2 brand in the GSM market.

Gionee has a special focus on research and development and invested over $160 million. 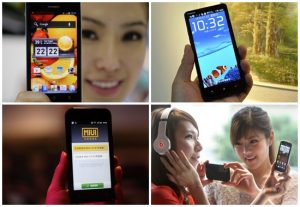 Gionee has a current annual production capacity of 40 million units.

The company is in the process of expansion with an area of 330,000 square meters.

IHS anticipates that the global smartphone penetration rate in 2013 will elevate smartphones into the majority among all phone segments, at 56 percent.

According to Gartner, worldwide devices spending which includes PCs, tablets, mobile phones and printers, is forecast to reach $666 billion in 2013, up 6.3 percent from 2012.

Gionee’s exports more than one million units per month catering to well established brands overseas as an ODM.

Gionee will be launching its entire range — from feature phones to smart phones with a special focus on the smart phones.

Gionee has tied up 4 leading import and distribution and import partners including based out of Chandigarh, Jaipur, Kolkata & Bangaluru.

To support the India Operations Gionee has already set up an office in New Delhi and is in the process of building the core team.

The company works with MediaTek and Qualcomm.