The smartphone market in India grew 12 percent to a record 162 million shipments in 2021, Canalys said. 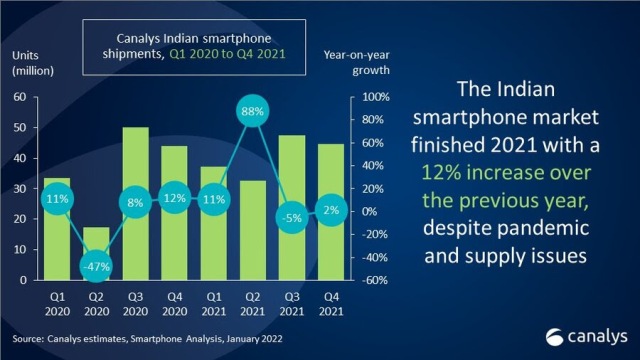 Xiaomi was the leader, shipping 9.3 million units and maintained its 21 percent market share.

Realme climbed to third place in India, with a 49 percent year-on-year increase in volume that reached 7.6 million shipments.

Fourth and fifth place were taken by vivo and OPPO, with 5.6 million and 4.9 million units respectively. 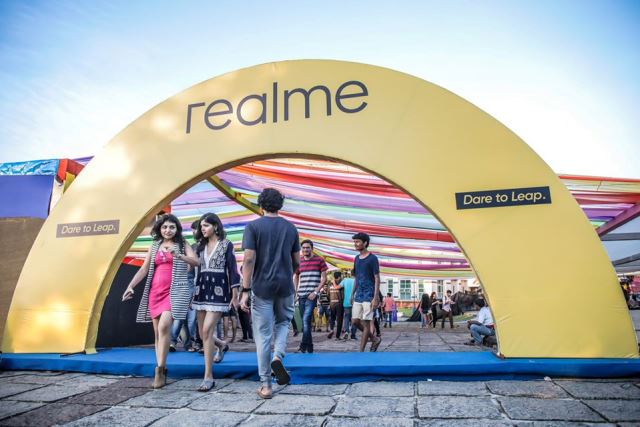 India smartphone share of Vivo decreased to 13 percent from 18 percent.

Vendors like Realme and Samsung diversified chipset configurations to manage supply. Realme’s record shipment total was made possible by innovations in planning and stock management which led to good supply of mass-market smartphones such as Narzo 50A and C11.

2022 will bring 5G spectrum auctions with new radio frequency ranges, and 5G will become significantly more accessible in terms of coverage and price. Smartphones capable of 5G will fall further in price amid fierce vendor rivalry, but shipments will be stifled in H1 2022 before the component shortage eases, says Sanyam Chaurasia.