The latest IDC report has release the smartphone market share of Transsion, Samsung and Huawei in Africa during 2019. 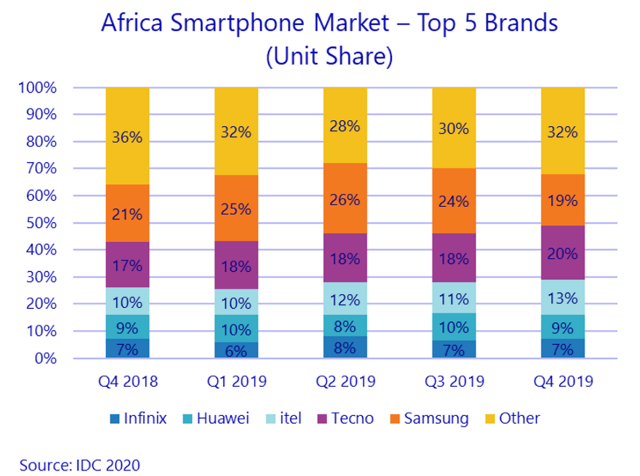 Smartphone shipments to Africa rose 5.4 percent in Q4 2019 to 24.4 million. Smartphone demand was driven by the launch of new affordable and feature-rich models.

Transsion’s success can be attributed to the fact that its devices are competitively priced and largely purpose built for African consumers, says Arnold Ponela, research analyst at IDC.

IDC expects the African phone market to contract 8.4 percent in Q1 2020 to total 48.7 million units due to uncertainty caused by the global COVID-19 outbreak.

The closure of factories in China following the COVID-19 outbreak has severely disrupted the supply chain for components used in the production of smartphones. 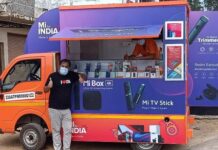