Xiaomi has a strong strategy to bolster its smartphone business as compared with Samsung, the #1 smartphone brand in the world. 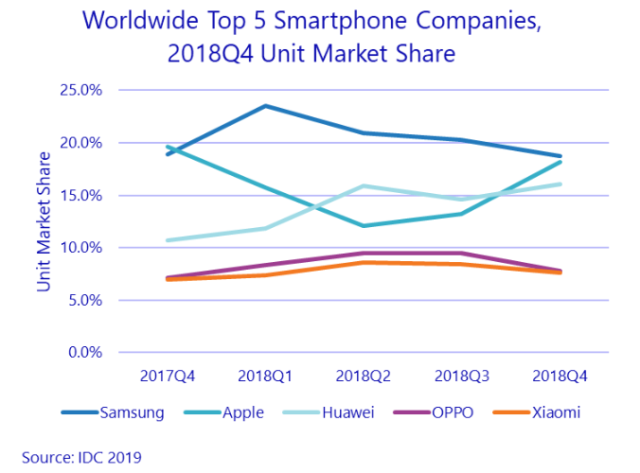 Samsung is slow in adopting to online demands in major smartphone markets. Samsung is still relying on retail shops and channel presence for boosting its smartphone shipments. Its innovation has also taken a beating in the last two years.

“With a barrage of 5G smartphones right around the corner, it will be interesting to see if Samsung has enough in the tank to weather the competitive environment and maintain the top spot in the market,” said IDC.

Samsung Electronics Co-CEO Kim Ki-nam said at the AGM that the company expects a tough year due to trade tensions, slowing economic growth and softer demand for memory chips from data center companies.

Xiaomi has revamped its smartphone line-up, paving the way to sell more expensive devices that can raise profit margins. In China, the average selling price of the company’s phones increased 17 percent, while overseas they increased 10 percent, according to the company’s earnings report.

In February, upon the launch of Xiaomi’s new flagship Mi 9 phone, founder Lei Jun said the device would be the company’s last such handset priced at under 3,000 yuan ($446.99).

Sales from smartphones made up 65.1 percent of Xiaomi’s overall revenue in the fourth quarter. Money from other hardware made up 25.1 percent while internet services made up 9.1 percent.

Xiaomi plans to invest over 10 billion yuan in artificial intelligence throughout the next five years.

The number of connected IoT devices excluding smartphones and laptops on its IoT platform has reached 150.9 million units. Xiaomi’s AI assistant has been activated on more than 100 million smart devices as of December 31, 2018.

Xiaomi has strengthened its market position in the mid- to high-end range smartphone market in mainland China. Xiaomi launched several flagship smartphones such as Mi 8 and Mi MIX 3.

Xiaomi achieved growth in the revenue from mid- to high-end models. Revenue generated by smartphones sold for RMB2000 or more accounted for 31.8 percent of the total revenue of the smartphones segment. 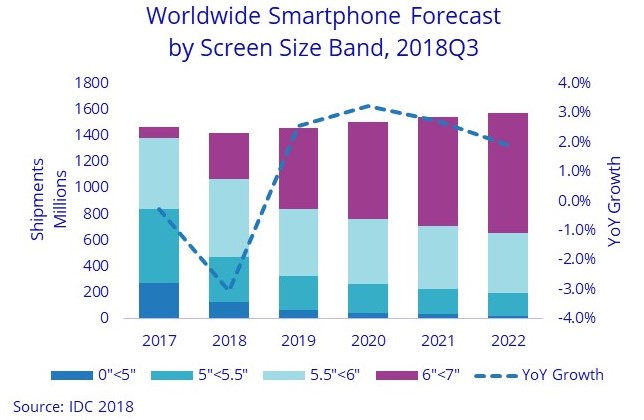 Xiaomi’s revenue from international markets grew 118.1 percent to RMB70 billion, which accounted for 40 percent of total revenue in 2018 vs 28 percent in 2017.

Xiaomi CFO Shou Zi Chew said that sales from outside of China made up 40 percent of the company’s revenue in the fourth quarter of 2018, adding that global expansion would be a priority for 2019.

Xiaomi maintained its growth momentum in the first half of 2018, driven by large shipments of Redmi and Mi 8 series, but as its brand image and user groups became increasingly stereotyped, it became imperative for it to adjust its product mix and long-term profit model, IDC said.

“We will continue to explore the global markets and replicate the success in India in other key markets such as Indonesia and Western Europe,” he said. “We will also expand into more new international markets in 2019.”

The worldwide smartphone market is forecast to drop 0.8 percent in 2019 with volumes dipping to 1.39 billion. Phone makers are expected to ship 6.7 million units of 5G smartphones, 57.5 million 3G smartphones and 1,330.6 million 4G smartphones during 2019, predicts IDC.