Telecom Lead Asia: Apple’s iPad mini was selected as the Tablet of 2012 by TelecomLead.com’s editors. 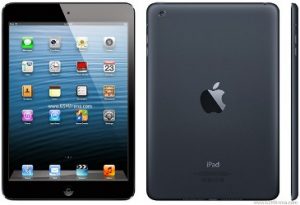 Apple’s November iPad mini launch at new price points, along with its surprise refresh of the full-sized iPad, positions the company well for a strong holiday season.

Thanks to increasing Android tablet shipments and demand for Apple’s new iPad mini, tablet sales will touch 122.3 million in 2012. Android tablets are gaining traction thanks to solid products from Google, Amazon, Samsung, and others.

Analysts predict that Apple is likely to sell 10 million units of iPad mini this calendar year, which would place this product atop the 7-8-inch tablet market. A review of tablet technical specifications and market surveys, however, reveals that the Apple iPad Mini is no cannibal.

READ MORE: On November 5, 2012, Apple said it sold three million iPads in three days since the launch of its new iPad mini and fourth generation iPad—double the previous first weekend milestone of 1.5 million Wi-Fi only models sold for the third generation iPad in March.

Analysys Mason predicts that Apple’s tablet share will decrease below 50 percent in 2013. As the tablet market continues to grow, Apple’s dominance of it will continue to decline, faster than many expect.

The research company says Apple’s iPad mini will have only a limited impact on sales numbers due to its high price point (USD329 versus less than USD200 for a Kindle Fire HD).

Both Apple and Samsung lost market share in 2011-12 to the benefit of other vendors such as HTC, Motorola, RIM and Sony.

Content ecosystems for tablets will be a key differentiator in 2013 and as important a feature for tablets as the quality and size of the screen or processing power. Vendors who focus on expanding their content line-up and international footprint will be most likely to capture non-Apple tablet users.

Note: TelecomLead.com’s editors have selected Apple’s iPad mini based on the impact it created on the industry and the company.