Renesas Electronics has agreed to buy Dialog Semiconductor for 4.9 billion euros ($5.9 billion) in cash, boosting its position in low-power technology and connectivity across smart devices, cars and industry.

Renesas, one of the world’s biggest auto chipmakers, aims to capitalise on technology shifts that are putting more electric vehicles on the streets with assisted driving technology while the rollout of 5G networks is connecting billions of devices to the so-called Internet of Things, Reuters reported.

“The transaction we announced today represents our next important step in catapulting Renesas’s growth plan,” the Japanese company’s president and CEO, Hidetoshi Shibata, said on Monday of the latest in a string of acquisitions.

British-based Dialog had confirmed on Sunday that it had received an offer from Renesas after media reports of interest from the Japanese company and Franco-Italian chipmaker STMicroelectronics.

Dialog CEO Jalal Bagherli said its board had recommended the Renesas offer after extensive discussions, adding that it is subject to the UK takeover code and would consider any counter-bid.

Renesas and Dialog had agreed in August to cooperate in automotive computing platforms, shoprtly before a global shortage of semiconductors forced some carmakers to curb production.

The Japanese group, which has a 30 percent market share for microcontrollers used in cars, bought U.S. chip designer Integrated Device Technology Inc for $6.7 billion in 2018, the year after its $3.2 billion purchase of U.S. chipmaker Intersil.

It agreed in 2018 to transfer people and patents involved in designing the main power-management chip used in iPhones to Apple in a $600 million deal that left it a smaller and more broad-based business. 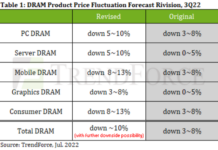 Chipmaker Renesas to work with Tejas Networks on network solutions