Semiconductor revenue will decline 4.2 percent in 2020 from $418 billion in 2019, according to the latest IDC report.

Excluding the DRAM and flash markets, semiconductors are expected to dip by 7.2 percent in 2020. The demand for semiconductors will be very uneven across the different industry markets.

Smartphones will be the largest demand driver and will remain weak given the concentration in volumes being 4G.

A large Chinese OEM will need to work down inventories after stuffing the channel over the past couple of quarters. This will drive the rest of the OEMs in China to focus on launching 5G devices to leverage potential subsidies by carriers later this year.

IDC expects 5G volumes will grow this year despite the demand uncertainty, driving strong semiconductor content as OEMs position 5G in lower tiers to broaden the reach. There are 5G phones that have started selling for under $300 in China.

Every percent drop in smartphone unit volume expectations will have a couple percentage points of impact on overall semiconductor revenues for the year.

Intel regained its leadership in the market becoming once again the largest company in terms of revenues – due to a more diversified business seeing solid returns and better than expected PC demand from the Windows refresh in enterprise.

Sony achieved the highest growth among the largest semiconductor companies with its image sensor business taking advantage of the adoption and growth in the number of cameras on flagship smartphones.

The emergence of COVID-19 will drive contraction in the semiconductor market, said Mario Morales, program vice president, Semiconductors at IDC.

The impact of COVID-19 and the subsequent shelter in place orders and shutdowns have had an uneven impact on the semiconductor markets.

“Work from home, home schooling, and shelter in place mandates have enabled the computing, communications infrastructure, and connectivity markets to outperform other areas,” says Shane Rau, Research Vice President for Semiconductors at IDC.

Automobile sales including light commercial vehicles in 2019 declined 5.6 percent to 81.4 million vehicles, resulting in a decline in automotive semiconductor growth by 2.7 percent to $38.4 billion.

Non-memory automotive semiconductors are forecast to decline 14 percent and are not expected to return to growth until 2022, says Nina Turner, research manager for Automotive Semiconductors at IDC. 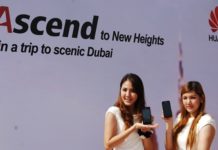