AT&T, the third largest mobile operator in the United States in terms of subscribers, has deployed a next-gen open dis-aggregated IP edge routing platform with support from Broadcom, Cisco, and UfiSpace.

The hardware platform being used for this edge application is identical to that previously announced for AT&T’s IP/MPLS core, AT&T said.

“The first IP edge use case is peering – the system that connects AT&T’s IP network with that of other Internet Service Providers (ISPs),” said Andre Fuetsch, AT&T’s CTO for Network Services. “We work with Cisco on developing additional edge use cases that will include broadband, IP content, Ethernet, mobility, and VPN services.”

The identical open hardware from UfiSpace that is being used for the core will be used for the edge applications.

Some of the features for the peering use case are BGP Flowspec, unicast Reverse Path Forwarding (uRPF), and port mirroring which will allow AT&T fine granular monitoring and mitigation actions for security threats such as Directed Denial of Service (DDoS) attacks, Jonathan Davidson, SVP and GM, Mass Scale Infrastructure Group, Cisco, said. 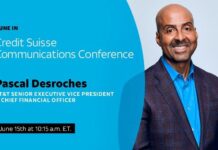