One of the focus areas of the consultancy agreement is to work on Etisalat’s projects — 4G LTE mobile networks and over-the-top (OTT) media offerings such as its popular e-Plus packages.

READ Mobile World Congress 2013 HERE The deal strengthen the plans of Etisalat Group, which has around 139 million customers in fifteen countries, to take the company telecom business to next level. 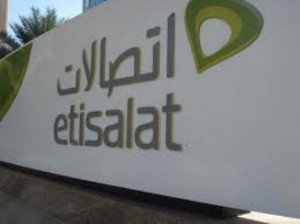 Etisalat and Huawei have been working on its 4G / LTE networks in UAE and Saudi Arabia.

Ahmad Abdulkarim Julfar, Etisalat Group’s CEO, said: “This agreement will enable us to further collaborate to bolster the international expertise that already exists in the group.”

For Etisalat, mobile broadband services as well as its digital services portfolio are the prime focus areas.

The primary objective of the agreement will be to support Etisalat in further enhancing its profitability through new traffic monetization schemes, premium customer-support solutions and cooperation on go-to-market strategies for new Etisalat services.