For the full year 2012, total optical equipment spending was down 10 percent worldwide.

Alcatel-Lucent bounced back in Q4 2012, up 29 percent on the tide of the EMEA capex surge.

Ciena’s optical revenue was down sequentially and year-over-year, but grew shipments of its 40G and 100G equipment and is ramping production of a new single-carrier 100G solution. 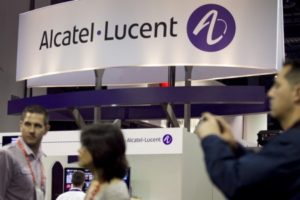 Infinera had another strong quarter, thanks to a surge in sales of its new DTN-X OTN switching platform, according to Infonetics Research.

Infonetics Research says EMEA region ended with a spending flourish and carriers are cutting dividends to plow capital into general Capex in 2012.

China is about half of the global 40G WDM market, and 2013 will be the peak year for 40G worldwide.

It will be a huge year for 100G as Chinese mobile operators will be increasing spend.