Bharti Airtel and Vodafone Idea have approached the Supreme Court over the assessment of adjusted gross revenue (AGR) calculations — seeking correction in the AGR assessment.

Vodafone Idea in its petition filed on Thursday said that payments made by the company have not been accounted for in the AGR demands issued by the department. Further, it also said that double counting has been done on some revenue items in the AGR demands.

Vodafone Idea also said that deduction has not been given for PSTN related call charges and for roaming charges actually paid to other operators.

The excess demand upon the applicant which is attributable to these error amounts to Rs 5,932 crores of principal amount, which would have an overall impact of over four times on the total principal amount aforementioned due to the imposition of interest, penalty and interest on penalty, Vodafone Idea said in the petition.

Vodafone Idea’s total AGR dues as per DoT stood at Rs 58,254 crore, while the dues according to the company stood at Rs 21,533 crore.

Vodafone Idea has paid AGR dues worth of Rs 7,854 crore so far.

Bharti Airtel on Wednesday said the assessment by the Department of Telecommunications (DoT) has errors. As per DoT’s assessment, Airtel’s total dues stand at Rs 43,980 crore, out of which Rs 25,976 crore is due. 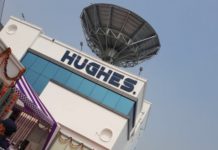