Bharti Telecom, the promoter company of Bharti Airtel, has sold 2.75 percent stake in Bharti Airtel for $1.15 billion to institutional investors in the secondary market.

Bharti Airtel has done the allocation to over 50 accounts with top 10 getting two-third of overall allocation. The total sale proceeds of over Rs 8,433 crore or $1.15 billion was over-subscribed multiple times.

The equity stake of Bharti Group and Singtel in Bharti Airtel, the third largest telecom operator in India, will come down to 56.23 percent — post the transaction.

“On the back of strong demand from international and domestic investors, the amount raised was increased to $1.15 billion,” Harjeet Kohli, group director of Bharti Enterprises, said in a media statement.

Bharti Telecom will become a zero debt company. The sale proceeds will be utilized to fully repay debt at Bharti Telecom which was raised primarily to finance the acquisition of Bharti Airtel equity shares in the past.

With Bharti Telecom becoming a zero debt company Bharti Airtel’s credit profile will also be augmented as it will stand to benefit from deleveraging on a consolidated basis including any debt of promoter holding company.

Bharti Group and Singtel have invested over Rs 21,000 crore (over $3 billion) in Bharti Airtel and are committed to investing further in the business. 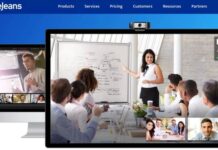