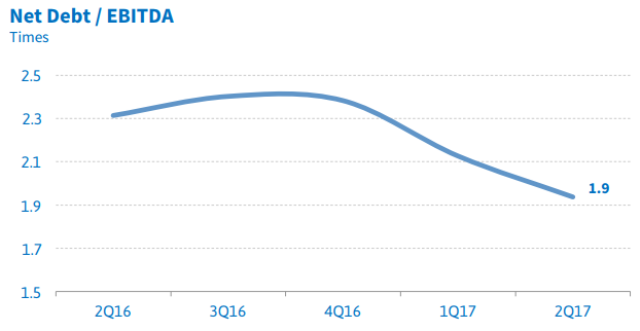 Mexico and the South American block — particularly Colombia, Argentina, Chile, and Peru — were the main forces behind the increase in service revenues.

In Europe, Mexico and Colombia the quarter-over-quarter increase in EBITDA was 5.8 percent, 2.7 percent and 1.9 percent respectively.

America Movil capital expenditures totaled 51 billion pesos in the first half of the year.

America Movil postpaid wireless subscriber segment registered annual increase of 5.1 percent after net additions of 565 thousand in the quarter, including 166 thousand in Mexico and 124 thousand in Brazil.