Telecom Lead India: Uninor, a subsidiary of Telenor, has become the first mobile operator in the world to be certified for its workplace practices.

Uninor, which serves 31.6 million customers in six telecom circles of UP (West), UP (East), Bihar (including Jharkhand), Andhra Pradesh, Maharashtra and Gujarat, has received the SA8000 accreditation by Social Accountability International for its workplace standards.

The SA8000 is the world’s first auditable social certification standard for decent workplaces. It is based on conventions of the ILO, UN and National Laws and is awarded after a rigorous audit of a company’s workplace practices.

See what Uninor talks about Uninor employees in their website

After an 8-month long process, that included an audit of Uninor’s compliance to labor laws, ability of its employees to form unions, lack of any discrimination on any basis to even an inspection of the condition of washrooms and drinking water supplies, Uninor has been certified to have the highest standards of work ethics in its organization.

Companies seeking to comply with SA8000 have to adopt policies and procedures that protect the basic human rights of workers. This includes compliance to global standards on no child labor, forced and compulsory labor, health and safety, freedom of association and right to collective bargaining, no discrimination, disciplinary practices, working hours and remunerations.

“The pursuit of business and competitive success must not overlook an organizations first and prime commitment – that of providing a positive and productive work environment to its employees. This is a Telenor Group legacy that we are proud to have maintained and be recognized for at Uninor,” said Sumit Sharma, chief HR officer, Uninor. 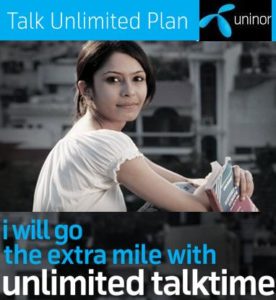 The audit process leading to Uninor’s certification was conducted over a period of 8 months. During this process, auditors travelled to the company’s corporate and circle offices, audited all its internal processes and practices and conducted individual one-to-one interviews with over 1/3rd of the company’s workforce. In fact, the audit also extended to the workplaces of Uninor’s vendors and suppliers to determine if the company’s standards are also being extended to its business partners workplaces.

The accreditation enables Uninor to further improve its assessment with financial analysts and investors, enhance its reputation in the labor market and be able to better engage with domestic and international organizations and NGOs.

Most importantly, this certification will provide the company’s direct and indirect, present and potential employees with the confidence that they will continue to work with an organization that meets and exceeds the highest global standards of workplace ethics.

Uninor achieved break-even in the two circles of UP East and Gujarat – the fastest by any mobile operator in India. The company is committed to profitable growth in this highly price sensitive and competitive market.

Though Uninor has scaled down its operations across the country due to regulatory challenges in India, the mobile operator has absorbed about 100 of the 400 direct staffers whose jobs were on the line after the scale-down in four of the 13 circles where it runs mobile services. Its direct staff strength is now down to 1900 from 2200.