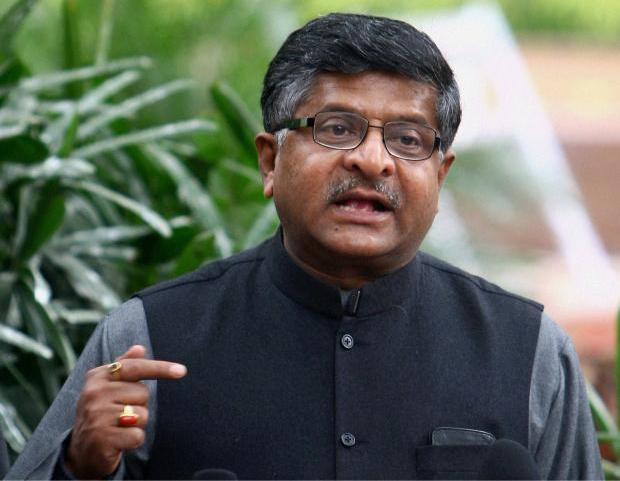 Telecom and IT Minister Ravi Shankar Prasad on Friday said he has an open mind on empowering the telecom watchdog to impose penalties on operators for call drops and poor service quality, but will await a formal request.

“If the Telecom Regulatory Authority of India (TRAI) approaches us in a structured manner about the legal architecture we will consider it with an open mind,” Prasad told IANS in an interview at his office in Sanchar Bhavan here.

He also made it clear that telecom operators could no longer hide behind the lack of spectrum, or infrastructure, as excuses for poor quality of service.

“I have cleared all the policies — spectrum trading, sharing, harmonisation, liberalisation and sharing of infrastructure both active and passive. Therefore, spectrum scarcity is no more the issue. It is time for them to give the results,” the minister said.

“I have taken note that they have installed 100,000 sites in the country over the last one year. But they need to do more,” he added.

The minister’s remarks come against the backdrop of the Supreme Court striking down the penalty on call drops proposed by the telecom watchdog, calling the move, as taken, to be ultra vires, arbitrary, unreasonable and non-transparent. It also found the action void of data or reason.

The minister said he has also referred complaints of “call masking” by operators to an expert team of the Department of Telecommunications. “I have told my department to look into this seriously on the technological front,” Prasad said.

After a call is placed, it should get automatically disconnected when a user moves to an area with poor network area. This qualifies as a “call drop” under the existing norms laid down by the regulator.

But there have been complaints that operators have been using what is called radio-link technology, by which such calls remain artificially connected — and continue to be billed — till the user physically terminates it.

And when such a call is disconnected, it does not get registered as a dropped call.

The minister said the next round of spectrum auction will be conducted soon in a transparent manner. “Since all the policies on spectrum is in place, we are going to put the highest ever quantity of spectrum for auction,” he said.

“More than 2,100 MHz. My job is only to create an enabling atmosphere in a transparent manner. Last time, it fetched Rs.1.10 lakh crore. The days of scandal and corruption in Sanchar Bhawan is over.”

On the issue of net neutrality, the minister said the government was awaiting inputs from the watchdog. “My government is committed to non-discriminatory access for internet. Internet being one of the finest creations of human mind must be available for all, from global to local.”

The minister said the government was also focussed on accelerating electronic manufacturing in the country. “Our IT exports have crossed $108 billion. I am satisfied of the modest success in the last two years, which will lead to extraordinary growth in the next three years.”