Proximus announced the telecom operator’s latest achievements during the June quarter of 2019. 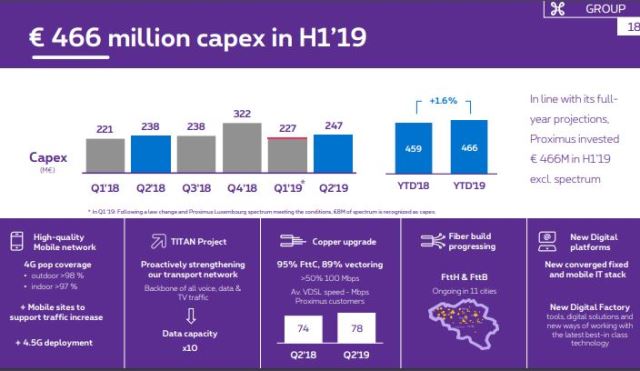 Geert Standaert is the chief technology officer of Proximus.

Proximus invested 466 million euros towards Capex excluding spectrum by end-June 2019 as compared with 459 million euros in the first half of 2018.

Proximus made its investments in new digital platforms, its fiber for Belgium project and the modernization of its transport network (TITAN).

Proximus is deploying fiber in 11 cities, with Aalst and Vilvoorde announced in the first half of 2019.

Proximus invested in its mobile network to enhance quality of mobile service while coping with a continuous increase in data usage. The average data usage was above 2.7 GB/month, registering an increase of nearly 50 percent.

Dominique Leroy is the CEO of Proximus. 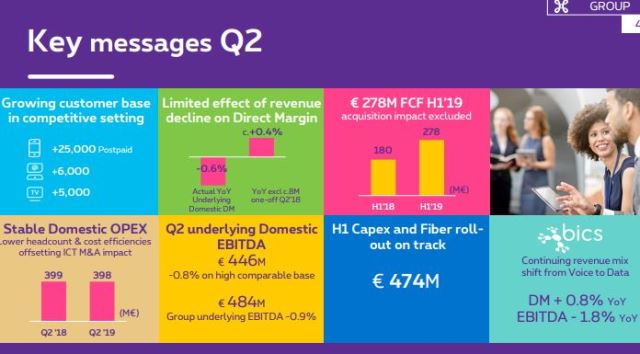 Proximus added 13,000 customers in the second quarter to its convergent customer base,.

“We managed to further grow our customer base in a highly competitive setting, through our dual brand strategy and segmented approach,” Dominique Leroy said.