Reliance Communications’ plan to increase tariff is just before its quarterly result.

Last week, top brokerage firms said Reliance Communications is expected to report lower profit in the fourth quarter of 2012-13. However, the mobile operator is likely to post higher MoU and see a revival in RPM, propelled by a rise in volume-led revenues amid an uptick in subscriber additions, reduced competition from new operators and a sharp cutback in discounts.

Headline tariff of Reliance Communications increased from 1.2 to 1.5 paisa per second in October last year. But it did not see any traffic elasticity and there has been no fall in customer demand or change in usage patterns.

“With the telecom industry now heading for a phase of consolidation, with smaller operators shutting down or scaling down their operations and easing off hyper-competitive pressures, this will help pricing power move back to serious, long-term and pan-India scale operators and positively impact profitability,” said Gurdeep Singh, chief executive officer, Wireless, Reliance Communications. 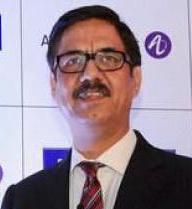 Reliance Communications says tariffs for all Commitment Plans will go up by 20-30 percent for new and existing mobile users in India.

The increase in tariffs will have a long-term impact on RPM and profit as large part of customer base uses Commitment Plans.

For instance, Reliance Communications, which is yet to reduce its debt burden, increased mobile charges from 1 paise per second to 1.2 paisa per second for Commitment Plan 21.