SK Telecom has signed a contract with CAT Telecom, a state-owned telecommunications service provider in Thailand, for the deployment of IoT networks and provision of technology consulting.

Under the contract, SK Telecom and CAT will deploy LoRa-based IoT networks in central areas of Bangkok and the entire Phuket Province to deliver IoT services to Thai residents from April 2017.

Phuket was selected because the Thai Government has selected Phuket as its first smart city project, making aggressive efforts to transform the island into an innovation-driven smart city.

The companies will also roll out LoRaWAN in central areas of Bangkok including the Grand Palace, and offer an IoT-based location tracking service for tourists.

In particular, the service is expected to prevent people especially children and the elderly from going missing near the Grand Palace, where a large number of mourners are visiting to pay their respects to the late King Bhumibol Adulyadej. 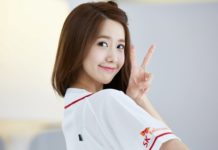 SK Telecom to demo innovative technologies and services at MWC 2022