Telenor Group today announced the appointment of Jorgen C Arentz Rostrup as the head of Asia and Tone H Bachke as Group CFO.

The appointment of Jorgen C Arentz Rostrup as the head of Asia is part of Telenor strategy in order to strengthen the focus on its growth and modernisation agenda in Asia.

Jorgen Rostrup will be based in regional hub in Singapore. Telenor currently has 176 million mobile subscribers in region Asia. Asia accounts for 53 percent of Telenor Group’s overall revenues. Telenor has been present in Asia since 1997.

“The development of the Asia region has led to increasingly similar maturity levels across the markets, which has diminished many of the differences between our two clusters. By uniting these markets into a single, Asia unit and building a stronger Asia presence, we are well-equipped to fully realise the potential across the region,” said Sigve Brekke, president and CEO of Telenor Group.

Jorgen Rostrup will work actively with the CEOs of the five Telenor companies in Asia. The head of Asia will report directly to the president and CEO of Telenor Group and continue as part of the Group Executive Management.

Albern Murty and Irfan Khan will continue as CEOs in Malaysia and Pakistan, respectively

From 1 May 2020, Digi CEO Albern Murty and Telenor Pakistan CEO Irfan Khan will step out of their current roles as heads of the clusters “Developed Asia” and “Emerging Asia” on the Group Executive Management, and will remain CEOs of their respective companies. 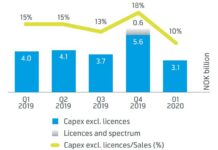 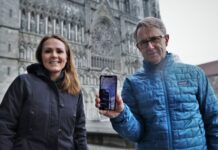