Telenor Group has revealed the financial performance including revenue, profit, Opex and Capex during the second quarter of 2019. 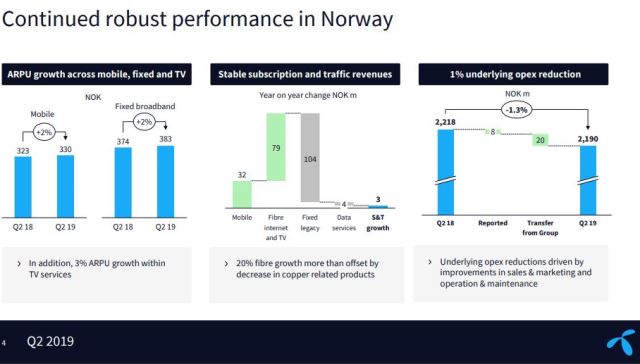 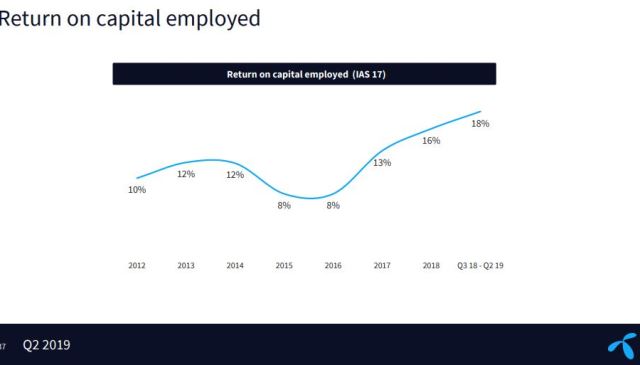 Telenor’s EBITDA before other items was NOK 11.1 billion with an EBITDA margin of 40 percent. When adjusting for the provision in Bangladesh, EBITDA decreased by 1 percent on an organic basis.

Capex excluding licences and spectrum was NOK 4.1 billion, resulting in a Capex to sales ratio of 15 percent in Q2 2019. NOK 3.6 billion was the Capex spending during the second quarter of 2018.

Telenor is preparing 5G network roll outs through pilots and network upgrades. Telenor said there is good traction on fibre rollout and copper infrastructure replacement, which will enable customers to connect faster and more reliably.

“The strategic agenda we initiated two years ago continued to bear fruit. Though organic subscription and traffic revenues fell 1 percent, the EBITDA margin was 40 percent. We saw positive revenue development and effects from efficiency and modernisation programs,” said Sigve Brekke, president and CEO of Telenor Group.