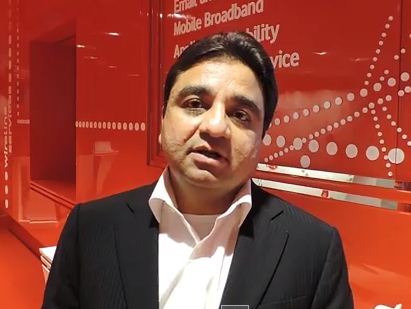 Vodafone Idea announced the consolidation of its radio network integration in 8 telecom circles within five months.

The integration of radio network will enable both Vodafone and Idea customers to enjoy a unified network experience on 2G, 3G and 4G in 8 telecom circles such as West Bengal, Haryana, HP, Assam, North East, AP & Telangana (excluding Hyderabad), J&K and MP & Chhattisgarh.

The company has also re-farmed 10 MHz of 4G spectrum of Vodafone in Mumbai to enable its customers in the metro get better data experience.

“With meticulous pre-merger planning and rigorous post-merger execution, we have ensured that our customers remain confidently connected and enjoy uninterrupted services even as we integrate and optimize our network in a phased manner across circles,” Vishant Vora said.

Vodafone Idea is following a three-pronged strategy in driving this consolidation of two individually overlapping networks.

# Make the better and dominant of the two networks in each circle as the anchor network
# Complement anchor network with required support from the other network
# Enhance network capabilities and capacity by investing in technologies such as Dynamic Spectrum Refarming (DSR), Spectrum Re-farming, M-MIMO and Small Cells

Vodafone Idea has set up war rooms at national and circle levels to monitor and manage network performance on a real time basis led by Vodafone Idea’s SNOC in Pune. The company has undertaken special measures to avoid customer inconvenience with shifting, movement and deployment of equipment during the integration process.

Vodafone Idea has extended 4G coverage to over 750 million population.

Vodafone Idea has achieved 1X to 2X improvement in 4G data speed in many of these service areas.

Vodafone Idea’s 4G ICR is now available in over 60K sites across all circles.

Vodafone Idea has enhanced the capabilities of more than 4.7K sites through dynamic spectrum re-farming.

Vodafone Idea has switched off nearly 45K co-located and low utilisation sites by end of Jan 2019.