Vodafone UK, as part of £1 billion Capex plan, has rolled out high definition voice technology across the U.K.

There are conditions. Only customers making Vodafone-to-Vodafone calls on compatible phones will benefit from better and clear conversations.

Fergal Kelly, technology director at Vodafone UK, said: “Our HD Voice brings our best call quality to our customers.  It is another important step towards our commitment to deliver our strongest ever network to the UK.”

Earlier, Vodafone U.S said it would be investing £1 towards Capex (capital spending) on its network and services across the country this year. 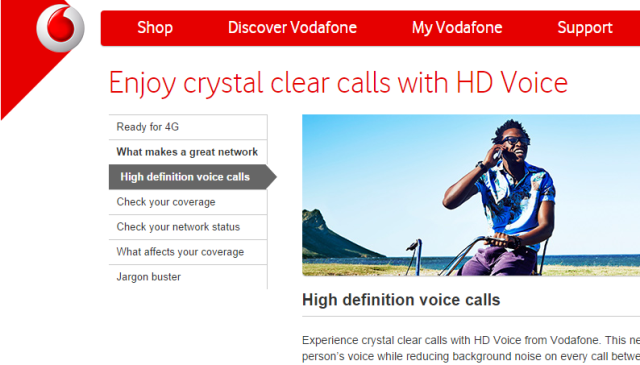 The £1 billion Capex from Vodafone is in addition to £802 million that Vodafone spent acquiring the mobile spectrum in last year’s auction of new capacity by Ofcom.

Vodafone said it will be expanding the coverage of 2G, 3G and 4G LTE services to 98 percent of the UK population. Vodafone 4G coverage is available in more than 313 cities, towns and districts and thousands of smaller communities across the UK.