Support is important for the survival of the telecom industry in India.

For instance, most of telecom operators are facing huge debt burden. All telecom equipment makers are showing dip in revenue growth. Telecom operators’ profitability has taken a big hit.

Recently, credit rating agency Crisil downgraded Airtel to AA+/stable from AAA/Negative citing the company’s high long-term debt, which the agency presumes will not reduce by March 31. Airtel is expected to preserve cash for likely payment of one-time fees and licence renewal fees in 2013-14 and 2014-15, respectively.

Regulatory uncertainties played a critical role in spoiling the mobile industry. In the case of Airtel, the increase in debt is partially due to proportionate consolidation of debt in Qualcomm’s BWA spectrum licences. Airtel’s debt totalled Rs 70,500 crore as on September 30, 2012 compared to Crisil’s estimate of Rs 69,000 crore.

Airtel is looking to raise funds including bonds with a longer tenure. Airtel has to take immediate steps to cut costs as its earnings fell for the last few quarters. This is applicable to Reliance Communications as well.

TelecomLead.com is summarising some of the wish list of telecom players, hours before P Chidambaram presents his one more dream budget. 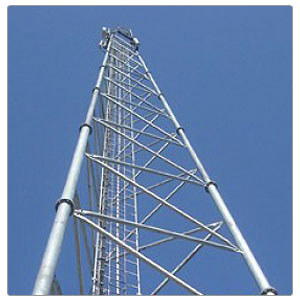 Rahul Kashikar, associate director – Tax & Regulatory Services, Ernst & Young, said: “While explosion in data traffic has provided a new ray of hope for the Indian telecom industry, accumulation of additional capital to facilitate massive investment in capacity and backhaul to tap the unexplored potential in data services, has been a major concern for the industry. Provision of tax benefits including investment linked incentive would reinstate the investor’s belief.”

The amendment in the meaning of the term ‘process’ under royalty definition by Finance Act, 2012 to include transmission by satellite, cable, optic fibre or similar technology, has had a far reaching impact on the industry.

The amendment seeks to characterise almost all revenue streams of telecom operators, inter-alia, including roaming, interconnect, etc, as ‘royalty’ requiring tax withholding and that too retrospectively.

This has severely impacted the cash flow position of operators who are already under pressure due to various developments on the policy front. Further, the potential disallowance of expenses u/s 40(a)(ia) of the Income tax Act, 1961 (‘the Act’) due to non-withholding of taxes would also additionally burden the operators.

Retrospectively amending and clarifying on provisions which relate to withholding taxes makes it almost impossible to comply for past years. Thus, applying the amendment with effect from 1 April 2012 for at least withholding tax provisions, would come as a major relief to the sector.

Infrastructure status has been granted to telecom tower companies. This is likely to provide multiple benefits to the tower industry, inter-alia, including tax holiday under Section 80-IA of the Act.

Consistent with the above, given the capital intensive nature of the industry and huge gestation period, such tax holiday benefits or investment linked incentive should be extended to all telecom players in the industry, including internet service companies which are still at its nascent stage. To this effect, the Government could appropriately amend the definition of infrastructure to cover ‘telecom’.

Players in the telecom sector have the following expectations from the Finance Minister on this year’s Budget:

Considerable amount of investments are being made, for which input credit is unavailable. The sector requires recovery of its input costs against taxes paid. Budget may clarify certain issues which are creating uncertainty in this area.

The definition of the term ‘royalty’ has been amended to include transmission by satellite, optic fibre and cables as well. This means all revenue streams of telecom operators comes under the term ‘royalty’, which necessitates tax withholding retrospectively. Understandably, cash flows of operators have been affected because of this.

It is desired that this status should be given to all telecom players, and extend tax holiday benefits to all companies in the sector. A tax holiday will help the industry as the sector itself is highly capital intensive and involves long gestation periods.

The players in the telecom sector provide a variety of services to consumers, which include providing games, wallpapers, ring tones, etc as well.

These extra services have been categorised as ‘entertainment’ by certain regulations, which makes these companies liable to pay entertainment tax.

However, since service tax is already being paid, this will result in double taxation for the players, who pay both entertainment tax as well as service tax.

Further, sale of certain items by the players also creates an ambiguity as to whether they constitute goods or services.

As a result, taxability is also unclear. It is hoped that these issues are clarified by the Budget, which helps in uniform taxation without any loopholes.

It is expected that service tax may be increased, which will negatively impact the sector and its growth prospects.

Easing FDI norms for the telecom sector and minimising obstacles is a way to boost foreign investors’ confidence in the sector, as well as the economy.

When global operators enter the sector with fewer legal uncertainties, the sector will be able to develop in a better manner.
Similarly, Greenfield investments must also be encouraged by reducing checks and creating an investor-friendly environment.

Consolidation is inevitable as and when any industry matures and grows. Fierce competition in the industry will also result in consolidation. However, current M&A norms in the telecom sector do not encourage consolidation, which has resulted in an unhealthy growth.

Restriction in tax holidays to business successors will also affect consolidation. It is hoped that the Budget deals with easing M&A guidelines, which become more favourable to fuel healthy consolidation.

It is expected that duties on telecom equipment like data cards and phones will be reduced in the Budget. However, this is not expected to have a major impact on the sector.

The Indian telecom sector has witnessed an exponential growth over the past decade and continues to have a huge potential for growth.

Regulatory and other legal issues with changing market conditions have brought about negativity in the minds of various stakeholders.

It is, therefore, imperative that this Budget brings in positivity to the sector to scale greater heights and expand its reach.

Implementation of GST would help enable tax reforms and benefit the telecom sector as well.

Bringing mobile devices and other relevant telecom equipment under special provision of Central Sales Tax would help in reduction of prices by 7-8 percent, thereby leading to proliferation of these devices in untapped markets, especially the rural market.

Proposed implementation of the dual Goods and Service Tax by the Government, to source 65 percent of annual hardware and network-related equipment from Indian companies, will give significant boost to the telecommunications industry’s indigenous manufacturing drive by 2020  Affordability of an average end user has also increased.

Though pricing still continues to assume paramount importance, providing high-quality services at a nominal price range would lead to increased usage, thereby aiding the profitability and therefore, is the key to success in the Indian market 4G LTE was launched in April 2012.

A rationalisation of myriads duties to reduce overall duty in the Union Budget 2013 will help local telecom firms which are facing pressure on profitability due to intense competition. Furthermore, if the sector is granted infrastructure status, telecommunication companies will be able to raise funds on finer terms besides enjoying tax benefits.

“For short term revival and medium term growth to take the country’s economy from $1 trillion to the next trillion, sectors such as telecom will play a significant role,” said Himanshu Kapania, managing director of Idea Cellular.